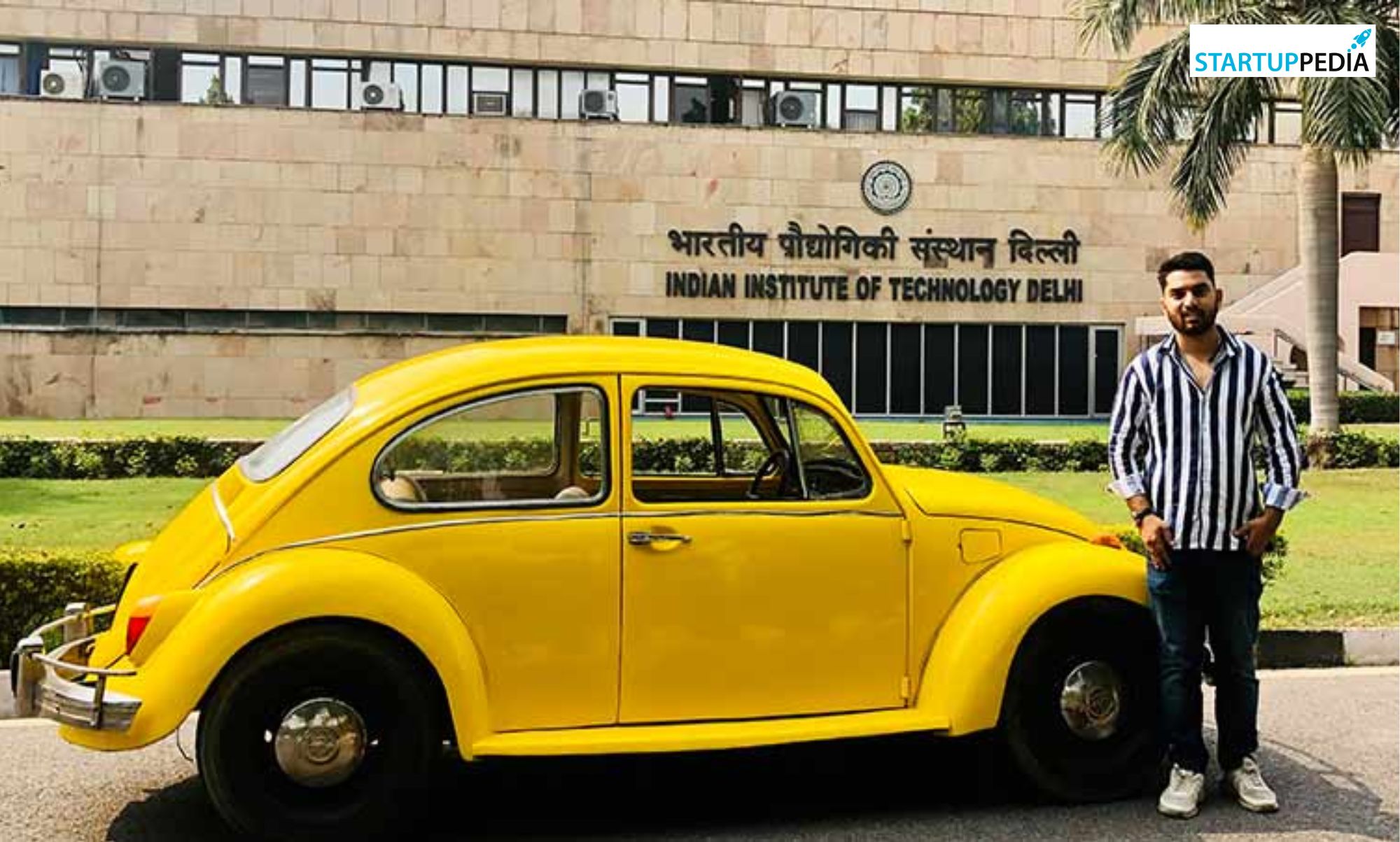 Electric cars (EVs) are popular right now. Almost every automaker worldwide has introduced electric variants on roads or as prototypes.

But what happens to current Internal Combustion (IC) automobiles on the road and older vehicles designed for these engines?
Tadpole Projects believes it is where they can be of use.

Founded by Jawaad Khan in 2020, the IIT Delhi incubated startup specialises in EV retrofitting.
“We are renovating the vehicles, and the former car served as our starting point. The Beetle was our first vehicle,” said Jawaad.

It is challenging to refit an old car, but it is even more difficult to ensure it operates. Parts and efficiency are not up to the mark due to the hassle of locating spare components for vintage vehicles.
We recognised the issue and immediately began offering a remedy, said Jawaad.

Currently, it is working on heavy-loaded vehicles.

A personal car only operates for 15 years under national motor vehicle laws. Beyond this point, their engines become exhausting as these cars would contaminate the environment more quickly than brand-new ones.

The National Green Tribunal, an organisation dedicated to environmental protection, declared in 2015 that diesel vehicles older than ten years should not be allowed on Delhi-NCR highways.
The owner of these vehicles can now avoid this requirement by replacing the engines with electric conversion kits.

In essence, changing these vehicles to electric would extend their lives on the road by an additional five to seven years.

People are suffering in this area; therefore, they came up with a solution in response to their needs, and as a result, they also attracted a lot of clients.

Retrofitting may also become a viable alternative for accelerating the adoption of EVs on a large scale.

According to a survey by Transparency Market Research, the market for automotive retrofit electric vehicle powertrains was worth $58.89 billion in 2021. By the end of 2031, it will reach $117.9 billion, growing at a compound annual growth rate (CAGR) of 7.1% between 2022 and 2031.

“The solution, which we are providing, is that whatever we make of the car, the originality of the car remains the same. Just remove the kit and put your engine back,” said jawaad.

The company is currently concentrating on the Indian market, with a few Australian clients. Except for heavier vehicles, all vehicles can use Tadpole’s EV kit.

They’ve been appreciated and awarded in the EV sector during their journey.
Their founder, Mr Jawaad khan, won the Indian achiever award for the young entrepreneur.
Additionally, the Indian Postal Service recognises the startup with a new stamp in the name of vintage Volkswagen Beetle for operating the first Vintage Retrofitted Vehicle in India,