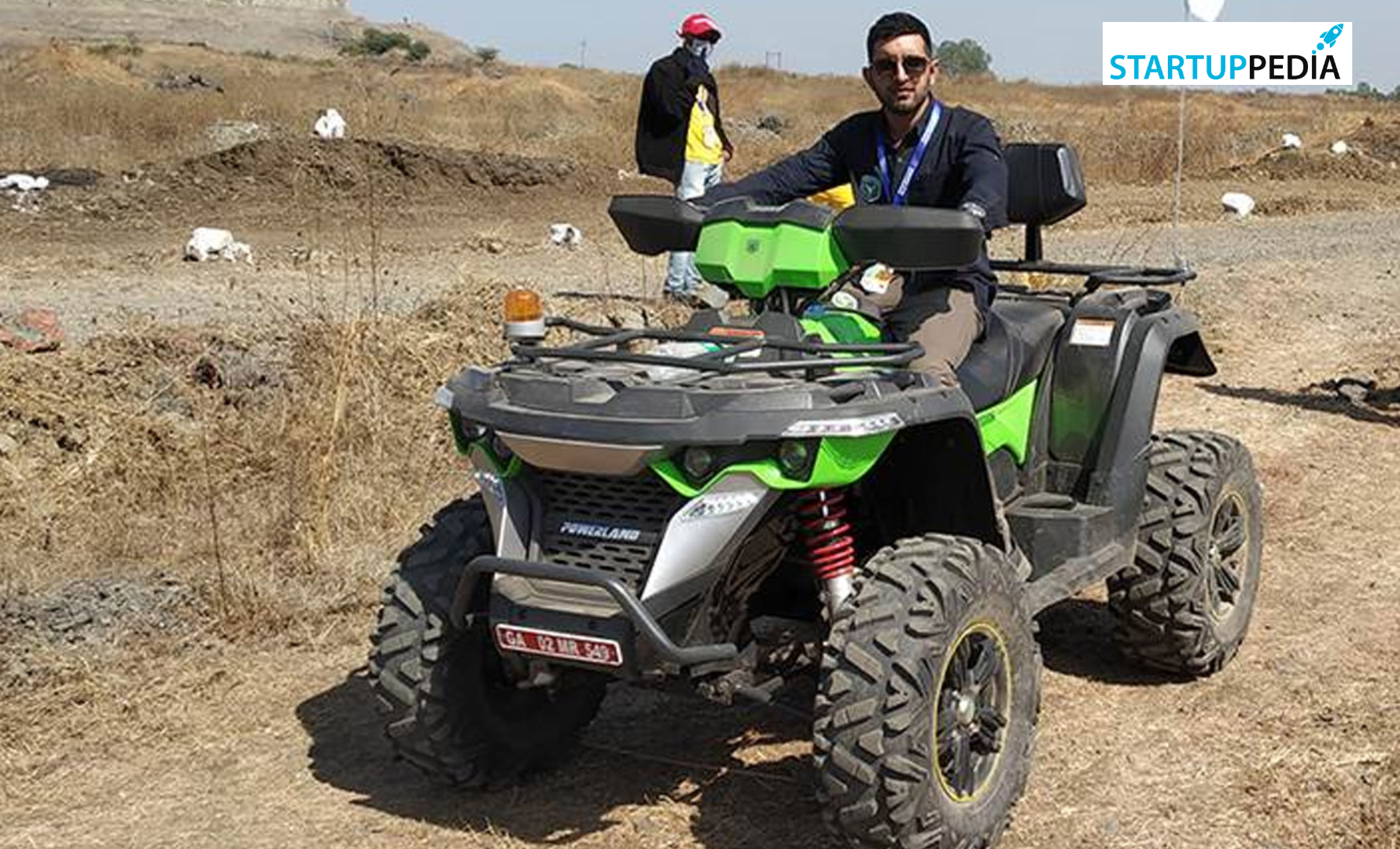 Narayan naik, a goa resident, had a history wired down to Portuguese. During the Portuguese occupation of Goa, his family imported Peugeot cars into India.

Driven by his likeness towards cars and automobiles, he always longed to start his automotive business.

He thought of importing diesel-powered all-terrain utility vehicles(ATVs) and selling them in India for agricultural use. High import costs never let him convert his idea into reality.

Narayan’s son Tej Naik completed his graduation from Cardiff University, Wales, in 2014. Auto enthusiast himself, he decided to put his all into making his father’s dream into reality.

Later in 2017, Father and son duo incorporated their startup Powerland. At the time of their inception, they had only two employees and an ATV tractor named 900d. 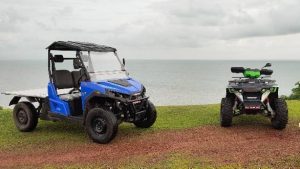 They produce their ATVs at Goa’s Verna Industrial Estate with a team of 25 workers, producing 400 units annually.

Previously, the ATV producer had to import 75% of its parts, but now it can get 60% of the parts for its electric ATVs in India. It plans to localise 80% of its components over the next two years.

The company will soon receive its European certification to introduce Tachyon, a 4×4 electric ATV tractor built in India.

It also works with the Defence Research and Development Organization (DRDO) to develop an autonomous electric ATV for defence use. For logistics and border patrol, the sector needs vehicles that can navigate a variety of terrains, including tight turns, steep inclines, and extreme off-road conditions.

Powerland operates in the business-to-consumer (B2C) and business-to-business (B2B) sectors for international markets, and it has B2C and B2G presence in India.

Almost 80% of its domestic revenues come from the B2C market. On the other hand, distributors situated in Europe, the US, and South America account for about 95% of its global sales.

The startup secured $1.2 million in equity and debt financing from Germany’s ILAFA Vertriebs GmbH in August 2022 for an 18% share in the firm. The firm will use these funds to scale up its manufacturing.

The Goa state government signed a Letter of Intent with Powerland earlier in October to build a plant producing 10,000 ATVs annually. It has started the land allocation process.

In addition, Powerland expects to expand its staff to 500 people over the following three years. Tej claims that the company has seen a 3X increase in revenue over the past two years. In 2023, it plans to increase 5X.

Powerland reported revenue of Rs 2.01 crore for FY22, according to RoC filings. The business claims to expand quickly and projects more than Rs 8 crore in sales for the current fiscal year.