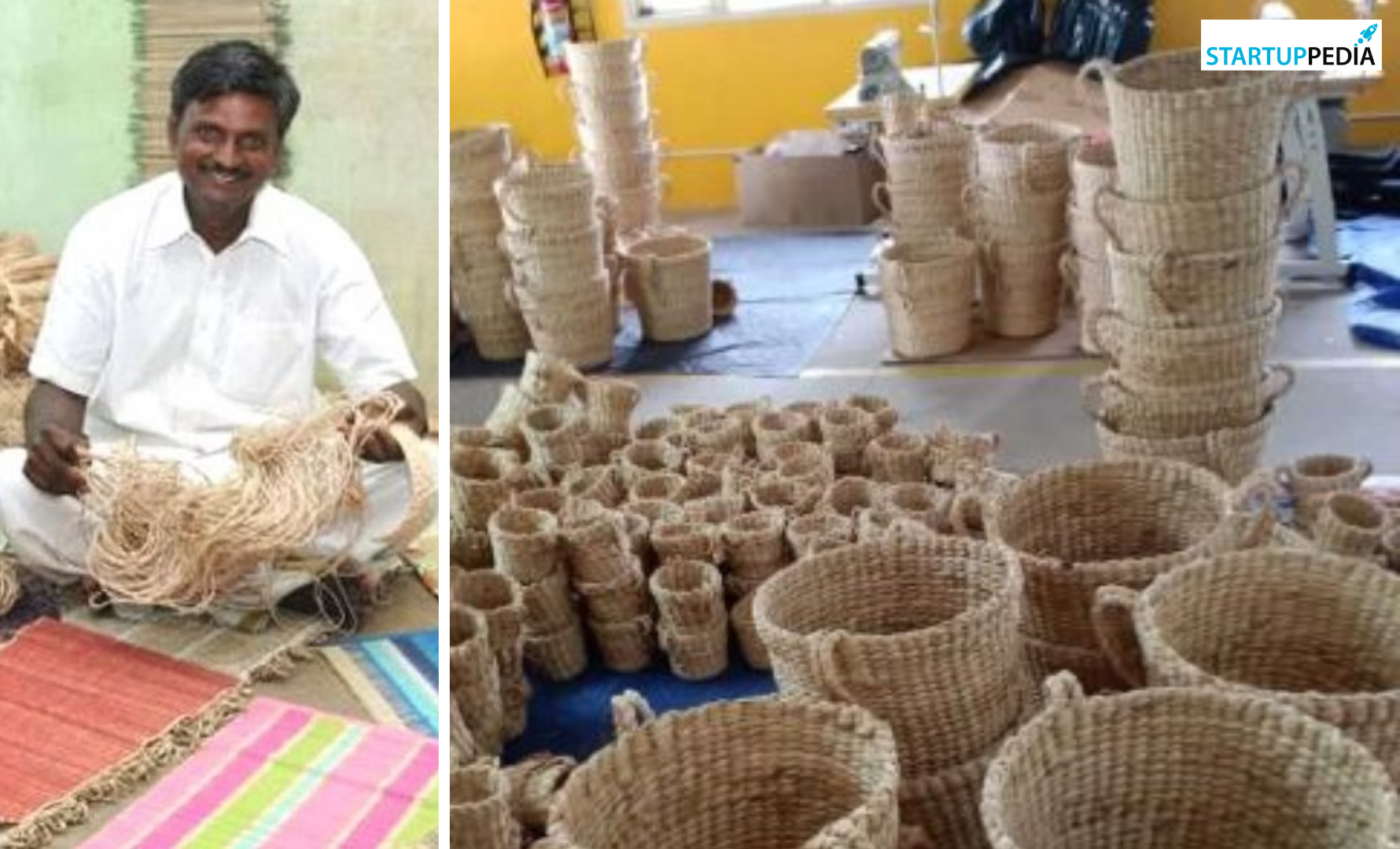 P M Murugesan is a farmer and entrepreneur from Tamil Nadu. He is the founder of M S Ropes Production Center in Madurai.

His innovation has led him to give livelihood to more than 350 women and also makes him Rupees 1.5 crore every year.

Murugesan was always interested in farming as his father was in the same field. Eventually, Murugesan decided to discontinue his studies and join his father. He was confident that he would do something in farming and had a lot of ideas.

Murugesan was particularly interested in the banana plant. He saw that farmers either burned or dumped tonnes of banana waste. But he knew that this waste had a utility.

In 2008, he came across the idea of making ropes from banana waste when he saw that banana thread was used to sting together flowers in garlands.

He took the machine that turns coconut husk into a rope and saw great potential in it. He began researching and working on the machine.

Eventually, he converted it into a machine that processes banana fibre.

Murugesan’s innovation is a machine that produces an average of 15,000 meters daily and needs only four people to work on it at a time.

With time, the numbers kept on growing. Today, Murugesan and his machine give 350+ women stable employment and a source of livelihood.

Murugesan’s venture earns him Rupees 1.5 crore annually. It processes 500 tonnes of banana waste and converts it into ropes which are then used to make eco-friendly products like baskets, mats, bags, etc.

The venture also exports the products internationally to the United Kingdom, Singapore, France, and Malaysia.

Find out more about the startup on its website.