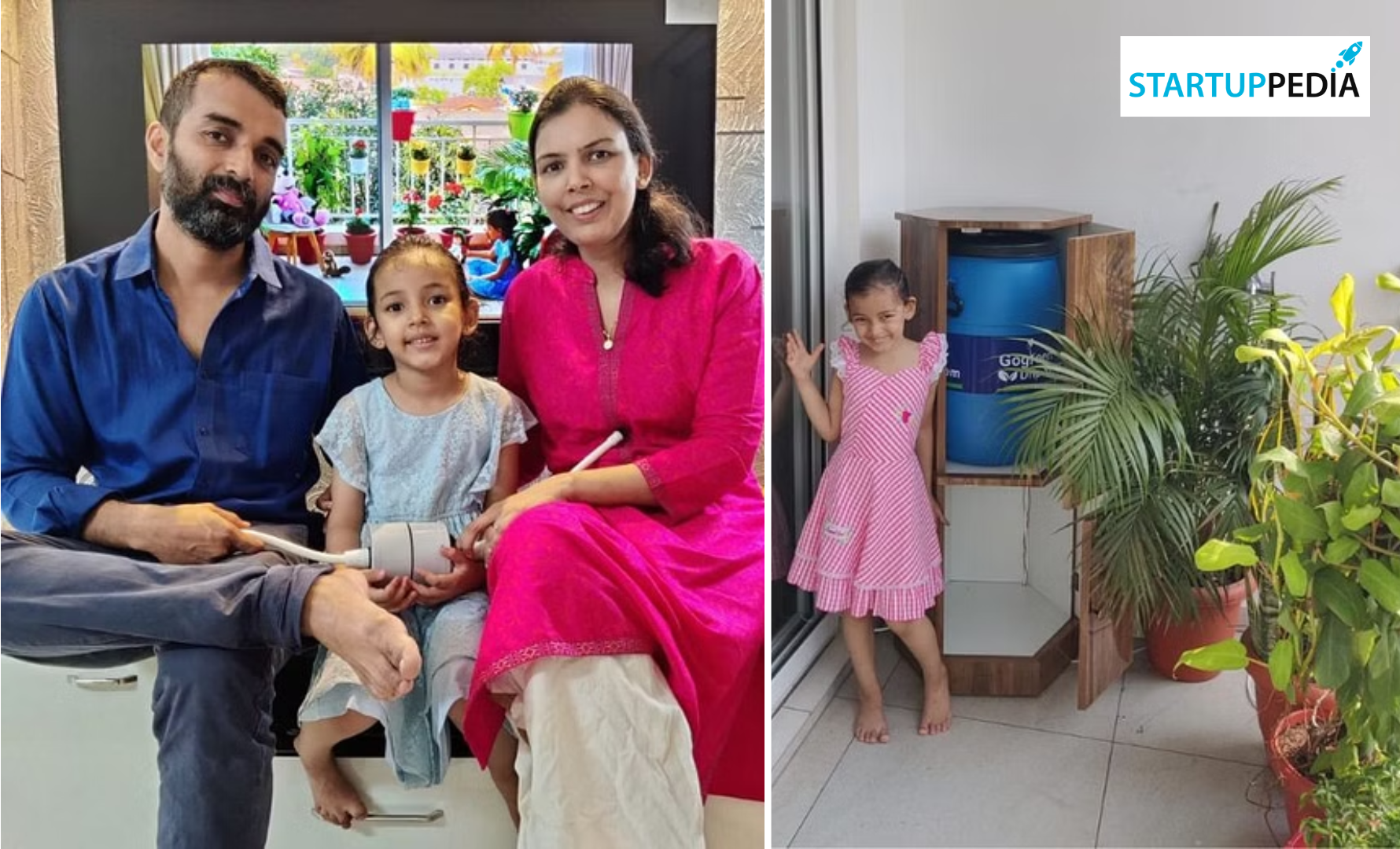 This Mangaluru-based couple Santosh Shet and Deepika Shet left their IT careers to create “Ukshati Automation System,” an app-based automation system that can remotely water plants.

“Most urban households struggle to maintain a garden around their house or even look after a few plants on their balcony,” Santosh tells The Better India.

Meanwhile, Santosh has more than 10 years of experience in the IT industry. The Decision to Develop the Watering Device

He told The Better India that they had faced issues maintaining their balcony garden as they were working or travelling. Then, they started looking for some smart solutions for people who do not have time to water their plants regularly.

Santosh spent several years working as a software developer for various IT companies, where he enjoyed working with computers and had a passion for electronics. However, he eventually decided to leave his profession to spend more time with his family.

He was confident that he and his wife, Deepika, could do anything on their own. Following extensive brainstorming, they came up with the novel idea of creating an automatic drip irrigation system to supply urban gardens with water.

After an intense year of work, the couple came up with a water automation system. It runs on an IoT platform that anyone can operate from anywhere at any time using a mobile app or a website.

Santosh tells The Better India that his job gave him a lot of opportunities, but he decided to end his decade-long career. After switching careers in the initial phase of the pandemic, he was in Ireland, while his wife and three-year-old daughter were in India, and it was a tough call to quit beside them.

The young entrepreneurs spent months coming up with a sound and practical proposal when he quit his job in early 2022. According to the former IT professional, Deepika, the idea didn’t strike them initially.

Deepika shared an incident with The Better India that occurred around five years ago when she was pregnant and was at her parents’ home in Udupi. Meanwhile, Santosh was staying all alone. She had a lot of plants on her balcony and asked her husband, Santosh, to water them regularly. But, Santosh, being an extremely busy techie, forgot to water them very often. Once she was back, she could see only wilted plants. That was the first time they discovered the watering issue.

In April 2022, the couple partnered up on the idea’s conceptualization and execution.

“It wasn’t easy to work on something from scratch. Deepika and I were in it together and had to face a lot of ups and downs,” Santosh says in The Better India. The Outcomes of the Final Product

They came up with a working prototype by September 2022 and tested their product multiple times. Currently, they are ready with their final product, which is all set to be installed.

They are all set to register their startup. Additionally, they are planning to apply for a patent on the product as well. Their device serves as a watering solution for both large and small gardens, including terrace and balcony gardens.

Reducing waste and simplifying watering for people were the main driving forces behind the creation of this device.

“The device is a WiFi drip controller. In layman’s terms, it could be defined as an Internet-connected tap that allows people to water their plants on a scheduled basis,” he explains to The Better India.

The user can set the timing for watering the plants using this feature. They can also specify how long the plant needs to be watered. The battery-operated device is controllable by their website or mobile app, which also notifies users of all relevant info.

They have also created a tank system housed inside a hexagonal wooden box as a deliberate effort to reduce water waste.

The water from the AC compressors and RO purification units is frequently wasted. The tank was then configured by the pair such that it was gathered in the tank. The plants are then watered with this water, making greater use of it.