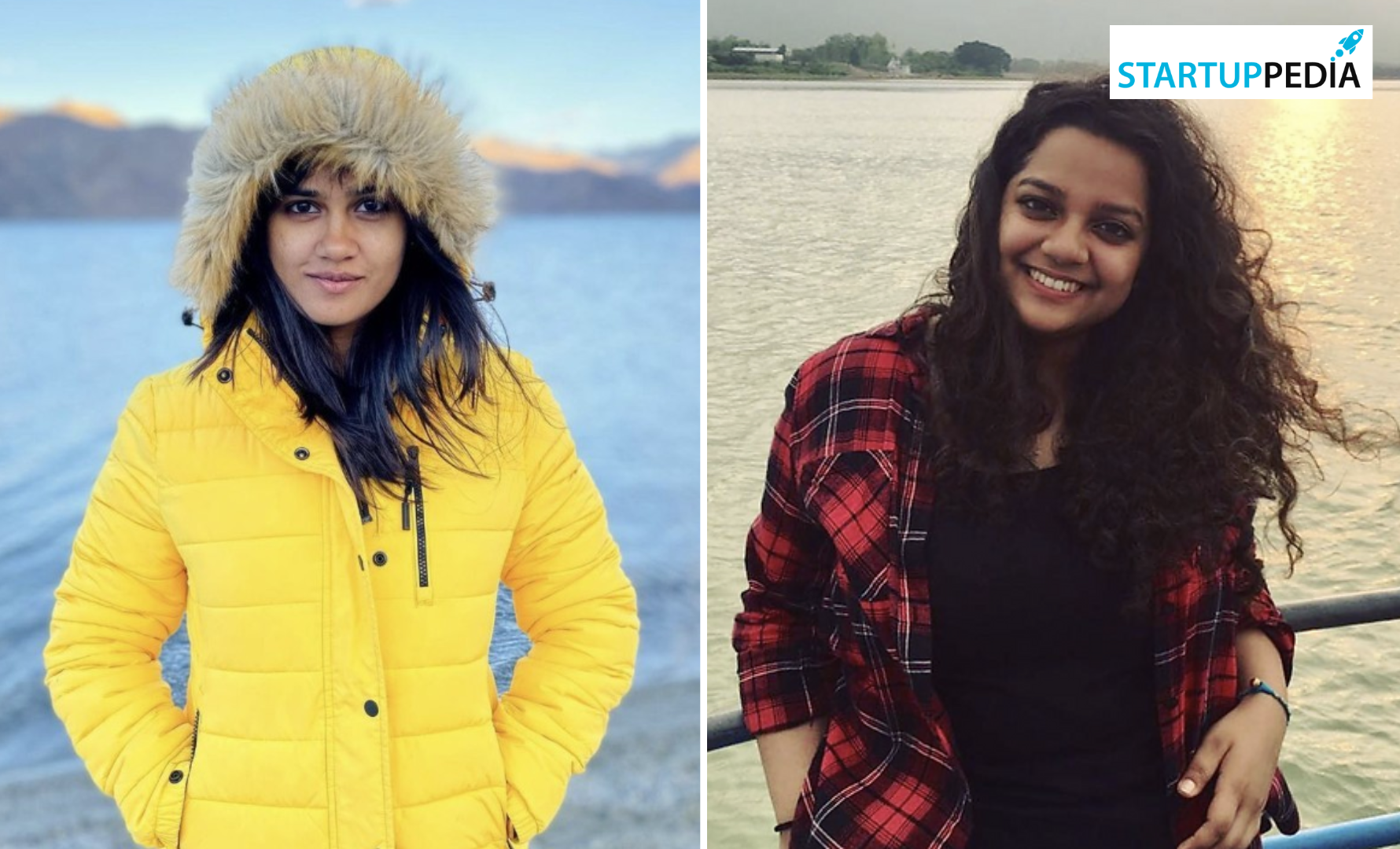 Srishti Mendhekar and Priyansha Mishra founded “On Her Way“, a platform that helps and connects women travellers to a local girl guide who can help them with any information and also helps to create awareness about safe stays and other spaces.

In January 2022, the two friends established the startup as a platform to support women who wish to travel solo safely.

The duo had earned their engineering degrees from the prestigious Manipal Institute of Technology and met during an internship at a startup.

They connected immediately because of their similar interests and experiences, and together they formed Chords & Co., a music community for their university.

After finishing their graduation, Priyansha worked for three years in technical sales and product management at Microsoft, while Srishti joined Glitch (WPP), where she oversaw marketing for companies that cater to women. 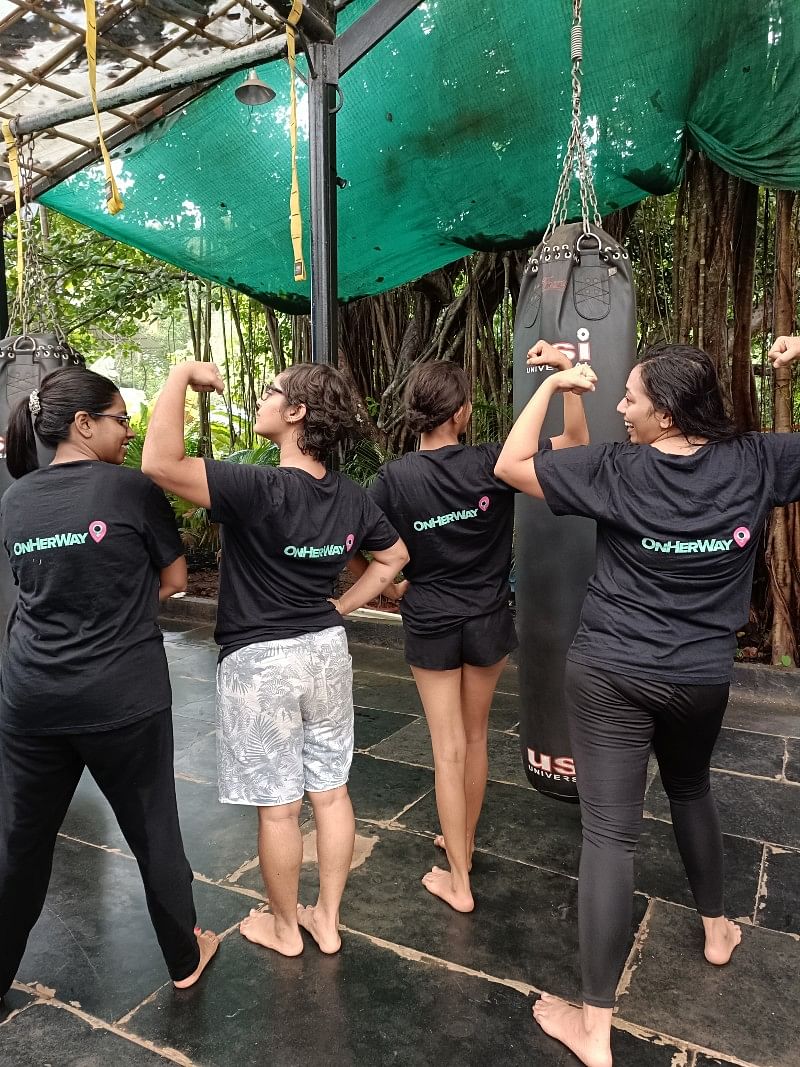 About the Women Led Travel Startup for Women

Srishti tells Your Story that they have been transferring jobs to different locations because of their love for travelling. They have travelled to over 20 states in India and seen the challenges women face. In light of that, the duo felt they had to change the whole scenario of women’s travel across the globe.

Incidentally, Srishti mentions a specific incident that made her consider her safety during the interview with Your Story. The group reserved a room at a well-known hostel while travelling to Himachal Pradesh with other female friends.

Srishti’s buddy discovered after a few hours that the glass in the bathroom window was a double-view despite the hotel seeming top-class and having a great scenic view of the Himalayas from the hotel.

“We had least expected this property to have a peephole for a window. None of the reviews we saw mentioned this, and no one called them out for it. A lack of information on something as crucial as this threatened our sense of safety, “Srishti says to Your story.”

On the other hand, when it comes to Priyansha, it was a trip to Ladakh that acted as a trigger. She tells Your Story that she was looking for safe spaces to stay in at the place. She faced a lot of challenges in finding relevant information online. The location had very well-rated hotels that seemed to be alright, but she discovered that one review she found on the fourth page after a lot of research said that “there are no streetlights in the area,” which was not at all convincing for her. She found that the women’s point of view about a destination and stay differs from that of male travellers, and it’s even hard to find reviews that apply to women.

She became aware of how different women’s travel worries are due to their experiences. “Women have needs and issues, which can be broadly categorised into safety and hygiene, and no one is solving that. Men make the current travel ecosystem for men. We want to change that,” Srishti tells Your Story.

Later, the duo put a plan together to get feedback from fellow travellers who had experience travelling solo across India.

As a result, they launched “On Her Way” while the young entrepreneurs kept researching women’s travel. Then, the two friends left their high-paying jobs in 2022 and decided to work full-time for their startup. Subsequently, they presented the idea through IIM Bangalore’s Women Entrepreneurship Program and eHer by GradCapital, which runs a student startup support system.

With this venture, Srishti and Priyanshi seek to address the needs of the “invisible woman traveller,” whom they see as having a significant impact on the travel ecosystem but whose demands have not yet been adequately addressed by the industry.

One of the ideas developed on the platform was “Local Gal Pal,” who made sure that solitary female travellers who registered on the platform were introduced to a local woman at their trip location. This person would give all the necessary information and make sure assistance was always on hand.

This service is now only available to On Her Way community members. The local girl pal, chosen by Srishti and Priyansha, is always located through referrals and is only accepted after passing numerous thorough background checks.

The community of women travellers is still in the processing stage. They have recently onboarded the community’s founding members.

The women entrepreneurs, who employ several interns, have also taken the initiative to begin curating and developing various programmes for the community actively. They recently introduced the #SafeSpaces campaign in Goa, which was well-received by the state. “On Her Way” About Future Plans and Numbers

Over 500 of the community’s 3,000+ female members have shown trust in the platform by allowing it to assist them in travelling more efficiently through its different pilot programmes.

The company is supported and funded by gradCapital, and it was a member of the Antler India Residency’s inaugural cohort.

By February of next year, Srishti and Priyansha hope to expand the On Her Way community throughout India’s main cities, tourist attractions, and across Asia by the end of 2023.