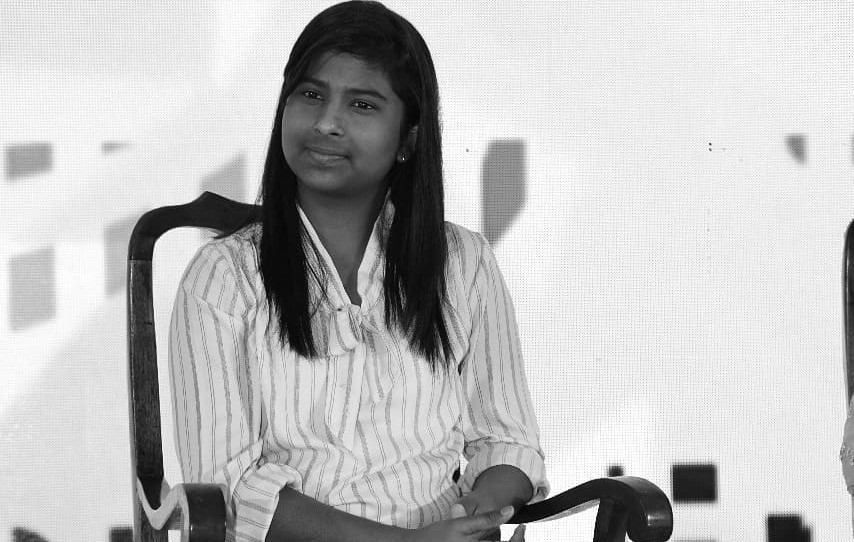 Jahnvi Panwar known as the wonder girl of India has been the pride of our country due to being highly skilled and her love for learning languages. When most of the children at the age of 8th are trying to learn the concept of factorization and exponents she was already in the 2nd year of her B.A. in English from Satyawati Delhi University. She completed her schooling at DAV, Samalkha- Haryana at just the age of 13.

In addition to having mastered twelve varied accents, she is also learning basic Japanese, basic French, Hindi and Haryanavi languages. Janhavi’s father Brijmohan Panwar shared in his interview with The Better India that how Janhavi at just the mere age of one had already started showing the signs of a prodigy. Her father encouraged her and decided to polish her skills.

He shares ” When she was only one, her vocabulary was equipped with 500-550 English words. When she turned three, she wasn’t admitted to Nursery but directly to Senior KG because she had picked most things at home. As years passed, when we spoke to the school management, they realized Janhavi’s potential by looking at her scores, and she was given special permission to clear two classes in the same year.”

Coming from a humble background of a family where her mother was a housewife and her father was a school teacher they had limited means for Janhavi’s education. But her father still did his level best to provide his child with the best he could and helped her hone her skills after he was able to realize her extraordinary hobby.

He further added “We are from a traditionally rural background, neither my wife nor I am fluent in English. Even the school Janhavi was studying in, had teachers who would speak in our local dialect, Haryanavi or Hindi. But I would help her as much as I could. I still remember how she first picked up accents when we started speaking to tourists at the Red Fort.”

Soon enough he found a linguist Rekha Raj to train Janhavi and made her signup for online English classes from the UK and the USA. By the mere age of 11, Janhavi had already mastered eight accents and had started learning Japanese, French, Hindi and Haryanavi.

“We even visited the embassies in Delhi to help her polish her foreign languages, but they don’t admit children until they turn 16 years old,” Brijmohan shared. Janhavi had always dreamed of either becoming a BBC anchor or serve in the Indian Administrative Service. Her father also added how she had started preparing for the same.

In the rural area where most of the girls’ births are considered to be ominous, Janhavi’s father is very much proud of his girl. “When my wife was pregnant, like most families in rural settings, our family thought it would be a son. But Janhavi’s birth was celebrated with just as much zeal. I’ve always maintained that my daughter is my pride. Girls are in no way secondary to boys.”

“As busy as most of us are, it is important to give our children the time they deserve. It doesn’t matter if they are academically bright or not, believe in them and support them in their dreams,

At the age of Janhavi has even given lectures to Indian Administrative Officers. Her first lecture was in Bombay Institute of Public Administration in front of Chief Minister of Haryana Manhor Lal Khattar and 150 IAS officers who all gave her a standing ovation. Apart from this, she has lectured across 8 states of India and many educational institutes.

In 2016 when Janhavi was selected for Anand Kumar’s famous thirty it was a huge moment of celebration for everybody in her hometown of Panipat. She became the youngest student to be enrolled there. When Janhavi’s father was trying to reach out to sources for her, that is when the founder of super 30 found her and took her without any entrance exams which is a ritual for other students as per Hindustan Times.

Janhavi is an inspiration for every kid in today’s generation. Never scared to the mockery or the fear of failure couldn’t pull her back she kept walking ahead towards her goal. She is also been given the title of “India’s Wonder Girl” for her exceptional talent. She believes that never back down due to rejections but take them as your biggest critic and perform keeping it in your mind.