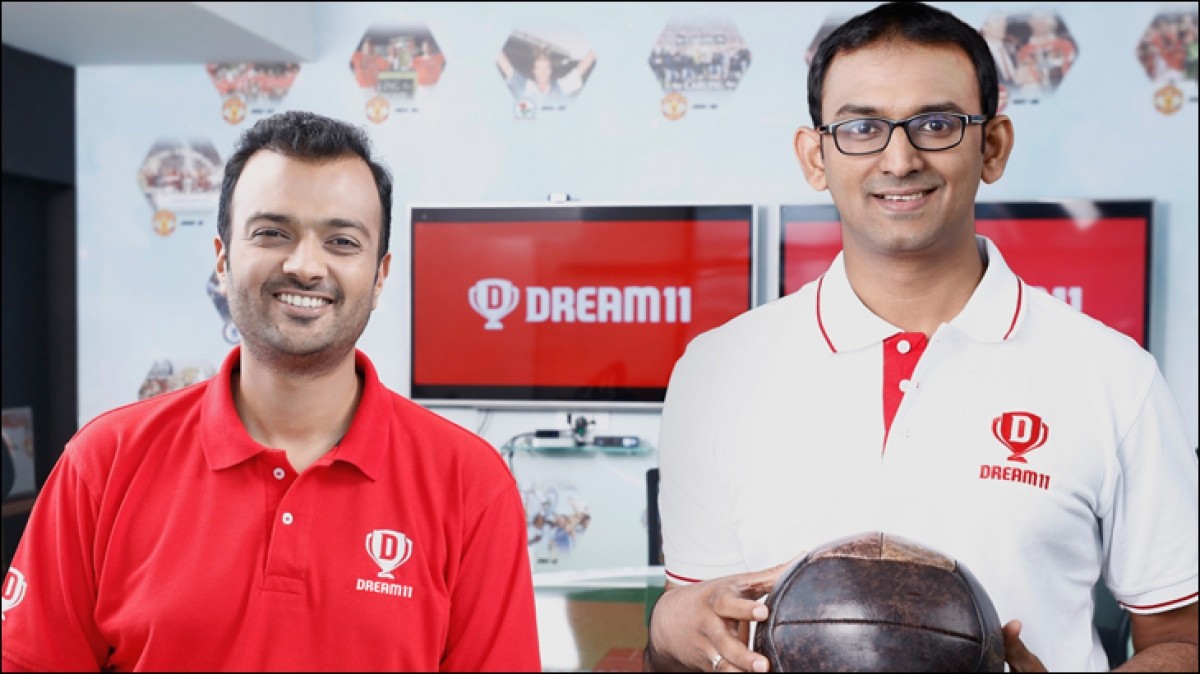 Fantasy leagues are what most of today’s young sports fans are insane about. Sports enthusiasts need not only experience a game of fantasy sports by becoming a spectator but can also build an imaginary team (of actual players) of their choosing and win prizes when their imaginary team does well. The online gaming market in India, which stood at $290 Mn in 2017, is projected to rise to $1 Bn by 2021. The fantasy gaming industry is booming thanks to the smartphone and internet revolution. India currently has over 31 unicorns, with 10 of those being introduced in 2018, and Dream 11 is one such company that has taken the spot as India’s first gaming unicorn.

Two young and talented co-founders, Harsh Jain and Bhavit Sheth founded Dream11 back in 2008. Dream11 is the first Indian game corporation to join the unicorn club as a leader in the fantasy gaming segment. The concept of launching Dream11 first took shape when the IPL was introduced in 2008. At the time, Harsh, who was already familiar with the excitement of playing EPL fantasy football since 2001, started searching for a similar online fantasy cricket site in India. He was surprised to find that in a country like India, where cricket is a religion and practised ardently by millions of Indians, fantasy cricket did not exist.

A milestone in the World of Gaming

Dream11 is an application that makes it possible for its users to create imaginary teams. The catch here is that users can gain cash based on the individual match results of their teams’ chosen players. The user who earns the most points in his entered contest enters the leader-primary board’s level. Both free and paying competitions are provided by Dream11. The players’ single successful move wins the users cash prizes. Besides, Dream11 gives its customers sports in categories such as football, baseball, kabaddi, and the National Basketball Association.

It took three years to reach 1 million users, however. In less than 2 months, they have reached the 3 million mark. Dream11 was one of 42 creative entrepreneurs in Inc42’s 42Next list. By the end of the year, the company crossed 1.3 million out of only 300,000 subscribers in January 2015. At the end of 2016, this figure had risen to 5.7 million, then to 17 million in 2017, then to over 50 million today. The popularity of Dream11 is drawing more players. In the next two years in India, the fantasy sports gaming industry is projected to cross $5 billion.

So far, only about 15 per cent of the players on Dream11 have paid for a game; the rest are free to join. A few years back, the number of paid customers was as low as 5%, but referrals and the use of cricketer Mahendra Singh Dhoni as brand ambassador helped generate a reputation. The company had its share of legal wrangles. In 2017, after losing revenue, one of its users took Dream11 to the high court in Punjab and Haryana. However, the courts ruled in favour of Dream11, claiming it is not gambling but a talent game when users have to create a team based on athletes’ present shape and previous results. But the court ruling does not make fantasy gaming legal in India, and there could be further challenges.

To understand Dream11 is to understand that it is a talent game. Dream11 offers a single-match daily fantasy sports website for sports fans to exploit their experience and display their talents in a particular sport, in return for immediate rewards in the form of bragging rights and winnings. Dream11 is one of the biggest sports gaming platforms in India with an average of 4 crores+ users. It is a great platform for sports lovers in the country to showcase their knowledge and also compete with fellow fans.

It caters to 100 million customers. The success of Dream 11 is a strong indication that most young sports fans are crazy about fantasy games. Dream11 was named among the Top 10 largest and most successful phenomena of 2018 in India. Dream11 is ranked 9th as of 2018 and is among the Great Mid-Size Workplaces in India. By getting enlisted among the Top 10 Creative Companies in Asia in 2019 by the Fast Firm, it also managed to make a mark.

To date, Dream11 has raised 6 rounds of support. In April 2019, Dream11 joined India’s unicorn club with an investment from Steadview Capital. After Steadview Capital, based in London and Hong Kong, invested $60 million in the firm against a $1-1.5 billion valuation, Dream 11 entered the unicorn category. Huge companies such as Kalaari Capital, the Chinese internet giant Tencent, Think Investments, and Multiples Equity also support the company.

From Rs 224.64 crore in FY18, Dream11’s revenue leapt 3.5X to Rs 775 crore in FY19. It mainly makes money from the money we pay for the game to be registered. Since it has now joined hands with the BCCI and became Vivo Ipl, it will be used more by people all over India, helping to grow up in turn. Mahendra Sigh Dhoni is the brand ambassador of this company, with more than 5 crore users playing fantasy games on this platform.

Growth in the future

The business model of the company is based on a single-match freemium daily fantasy sports model on the Dream11 platform. Users will play in realistic contests that are free to enter or in cash contests that enable users to pay an entry or platform fee. The Android app for Dream11 boasts 5 million active users per day. Dream11 works to help casual sports fans engage with their favourite sports more deeply and become core sports fans. As a user-first company focusing heavily on real-time fan engagement, the primary goal of Dream11 is to provide the best, most trusted single-match fantasy sports experience to Indian sports fans.