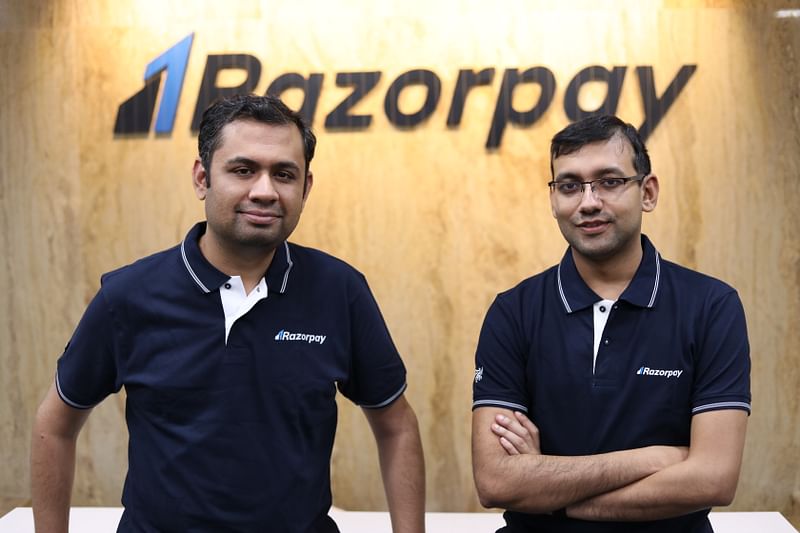 It opened many doors for diverse industries to pioneer the evolution of more contemporary society as smartphones and the internet caught the world by surprise. The advent of technology, and all its added advantages, has paved the way for a world of scope and opportunities for several sectors, paving the foundation for the development of the modern world. One such industry is that of the online payment market. The days when the flow of money was an elaborate and boring procedure have long gone. Thanks to the expansion of sites that have been attempting to set up effortless and safe online money transfer advantages, the operation can now be carried out in a quick swipe of our fingers.

In the same region, Razorpay was introduced with the vision of revolutionizing online payment systems by offering transparent and developer-friendly APIs with hassle-free user integration.

In 2014, along with fellow Roorkee alumni Shashank Kumar, Harshil, an IIT-Roorkee graduate, launched Razorpay. Having trained at Patna’s St Xavier’s High School, Shashank graduated from IIT Roorkee with a degree in Computer Science. Harshil is also an IIT Roorkee graduate and was an SDSLabs employee. As part of the winter batch of Y Combinator’s start-up program in 2015, this project emerged in Jaipur.

“If technology is a second step, then it will never surpass cash if innovations are second thought after cash and conventional modes. This is what clicked for us,’ says Harshil Mathur, Razorpay’s CEO and Co-Founder.

Razorpay is an online payment solution platform in India that offers companies a fast, safe, simple, and economical way to digitally accept and disburse payments. The portal provides access to a range of online payment forms for these business organizations, such as credit and debit cards, net banking, UPI, and a multitude of leading wallets in India, including JioMoney, Mobikwik, Airtel Money, FreeCharge, Ola Money, and PayZapp. The portal provides consumers with a robust dashboard to manage purchases which is applicable for both web and smartphone apps. This startup idea originated when the co-founders were working on the crowdfunding portal and in the process came to realize how muddled the online payment mechanism was in India.

In a business scenario such as this, Razorpay competes with both well-established and emerging organizations such as Instamojo, PayuMoney, Oxigen, Tapzo, and Citrus to name a few. In a market scenario such as this, the startup provides enterprises with extensive and creative technologies based on robust technology to handle the entire duration and width of their payment path. The site claims to be rising month on month at 30 percent to 35 percent. In 2018, it is Recognised as one of India’s Top 50 Mid-Sized Workplaces in the category of “Great Places to Work.”

On its website, Razorpay caters to more than 350,000 retailers, including start-up unicorns like OYO, Zomato, and Swiggy, and big corporations including Airtel and the state-run IRCTC. It handles transactions of $5 billion annually, on-boarding about 5,000 retailers every day on their network. The company holds more than 12 percent of the Indian payments domain in terms of market share. Because of its recent emergence as a unicorn among Indian startups this year, the platform has recently risen to the charts to emerge as a dominant name in this market. It powers over 170,000 small and large companies. Merchant count also geared up to 3,00,000 in 2019. In 2018, it is even awarded by IAMAI as the “Best Digital Payment Facilitator.”

Recently, in October, Razorpay raised $100 million in its latest funding round, led by the GIC sovereign wealth fund of Singapore and the major investor of the platform, Sequoia India. The platform has entered the exclusive batch of unicorn startups with this investment. The leading investors of the company include Ribbit Capital, Tiger Global, Y Combinator, Matrix Partners, GIC, Singapore’s sovereign wealth fund, as well as Sequoia India. The platform is currently priced after its most recent funding round at over $1 billion. As of today, after all its funding rounds, Razorpay has raised about $206 million in total. For each subscription collection transaction that takes place through their gateway, the platform charges approximately 0.25 – 0.5 percent fees. For any transaction carried out through their payment portal, the company costs as much as two percent.

A new batch of micro-entrepreneurs, which also includes freelancers and companies led by individuals, has arisen in the wake of pay cuts, constant layoffs, and downsizing of businesses taking place as a result of the COVID-triggered constraints. Almost all payment gateways already have the option of using Razorpay as a payment processor. The platform has great plans in the coming months to further build its two RazorpayX and Razorpay Capital goods and expects to adopt its newly raised capital to do the same. With its plans underway, a lot of promise has been displayed by the platform for paving its way towards further growth and popularity shortly.