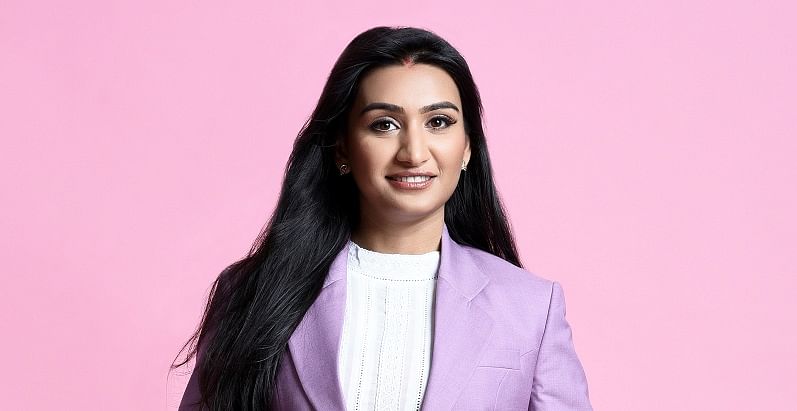 AKS, a women’s ethnic clothing company, was founded by Nidhi Yadav, a 25-year-old woman entrepreneur and mother of a seven-month-old boy. Nidhi is a Computer Science graduate who worked at Deloitte before becoming an entrepreneur.

AKS: The Success Tale of a Women’s Ethnic Clothing Brand

Nidhi Yadav has wanted to work in fashion after watching Meryl Streep’s 2006 hit film The Devil Wears Prada. Nidhi, who was born and raised in Indore, is a Computer Science graduate who spent a year and a half at consultancy company Deloitte before finding out what she really wanted to do. Nidhi soon enrolled at the Polimoda Fashion School in Florence, Italy, for a one-year course in Fashion Buying and Merchandising.

She got a job at Emilio Pucci in Italy, but she quickly returned to India to be with her family. Nidhi formed AKS, which stands for “reflection,” in May 2014 with a seed capital of Rs. 3.5 lakh. For women between the ages of 18 and 35, AKS offers contemporary ethnic wear at an affordable price. The brand can now be found on Myntra, Jabong, Flipkart, and AKS’s own website. Items are also shipped to India, Singapore, and Malaysia. It also has a couple of brick-and-mortar locations in Nagaland.

Nidhi’s journey to becoming an entrepreneur:

Nidhi’s entrepreneurial journey started in Gurugram. She returned to Indore after three months working for a local fashion brand in Gurugram, married, and soon became a mother. Nidhi trained herself by studying multinational apparel brand Zara for six months and trying to duplicate the supply chain in India. Nidhi knew the workings of the industry thanks to her education in Italy.

She saw a big difference in ethnic wear for women at the time. As a result, when she unveiled AKS, she made sure that 15-29 new models were released every two weeks. At the moment, no other brand was doing it. AKS now produces 150 new models each month and has a 35 per cent customer retention record. Unlike ZARA, AKS’s designs are often trend-driven, while ZARA’s are influenced by the runway. Nidhi claims that if a design is sold out, it is no longer produced.

The work-parent balance in Nidhi’s life

She and her husband will fly from Gurugram to Jaipur every weekend to procure materials during the early months of AKS, with their newborn daughter in tow. In Jaipur, reaching an agreement with the manufacturers was challenging. Nidhi told him she only wanted 25 parts, but the manufacturers would only commit to the offer if there were 200. However, some of them allowed about 25 parts of each pattern to be cherry-picked. As AKS rose, they began placing orders for 300 pieces.

In Jaipur, the firm now runs an interconnected network of printing, dyeing, sewing, and manufacturing facilities. It will also move 25% of its warehousing to Delhi.

Work-life harmony is impossible if you are a male or a woman if you do not have the love of your families. Nidhi, on the other hand, was fortunate. Nidhi’s husband Satpal will assist with AKS activities in addition to caring for their daughter. She recalls her parents working until 3 a.m., when their baby had actually fallen asleep, encouraging them to be at their most imaginative.

The organization moved to an office space with a workforce of ten in its third year of operation. AKS currently has 52 staff and works out of a five-story commercial building in Gurugram. Via its associates, it is also connected to 250 tailors and staff. Women’s liberation is one of AKS’ main beliefs. Nearly half of the businesses that AKS outsources jobs to are managed by women. AKS made Rs 1.60 crore in sales in 2014, which rose to Rs 8.50 crore the following year. It made Rs 23 crore in its third year and Rs 48 crore in its fourth.

According to Nidhi, AKS made Rs 75 crore in Q3 last year and has an annual run rate (ARR) of Rs 100 crores in gross sales, a 150-200 per cent growth in topline. Capsule sets, fast replenishment styles, and price affordability for end consumers are the brand’s USPs.The ethnic fusion brand, which is targeted to young ladies/girls from 18 to 35 years of age, students and working women, offers a vast range of ethnic women’s wear, including range Kurta/Kurtis, Palazzo, Ethnic Sets, Anarkalis, Leggings, and Mojri (traditional footwear).

In June 2017, Myntra, which is owned by Flipkart, partnered with AKS for its brand acceleration scheme, which. Myntra’s technological expertise, research, and branding support would continue to drive the growth of emerging domestic brands. In terms of sales, the company has grown by more than 100%, and it was recently named Myntra’s Best Emerging Brand 2017. AKS also wants to launch a franchise and move development in-house. AKS has already launched two offline stores in Nagaland and plans to open at least ten stores across India by the middle of 2019.

In the next five years, Nidhi hopes to see her company among the top ten apparel brands in the world. Performance, according to Nidhi, is a very broad concept. It is not limited to fulfilling market targets or reaching higher levels of growth. For her, inner peace and fulfilment are the most essential components of performance.