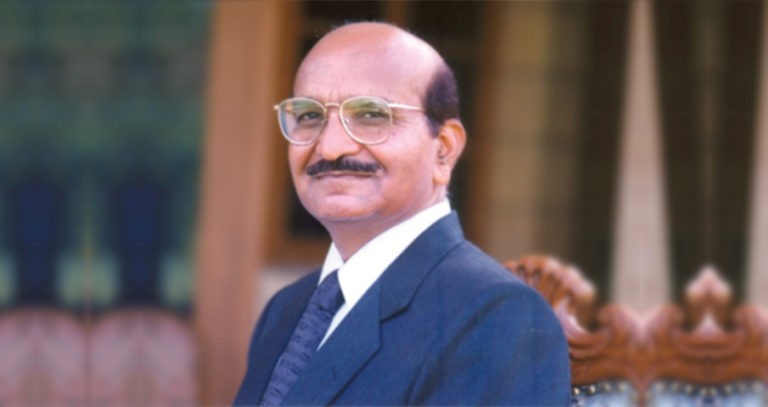 Have you ever thought even buying a detergent bar or even the detergent powder was a luxury for people at one point in time? But how Nirma has changed all for the Indian consumers.

Born in a family of a poor farmer, Karasanbhai Patel became a business tycoon who was able to challenge the Multinational conglomerate Hindustan Unilever. Karsanbhai Patel was born in the year 1945 in North Gujarat. to a farmer family, Karsanbhai finished his B.Sc. in Chemistry at age 21 and worked as a lab technician, first in the New Cotton Mills, Ahmedabad, of the Lalbhai group and then at the Geology and Mining Department of the State Government.

He always had an interest in cracking a government job as the trend of the 60s where government jobs were considered superior and secure. After a job of 8 hours, he used o have a lot of time left in his hand. Watching a movie or going to markets was not an option as he had a family to fend for. He was very interested in Chemistry. He decided to set up a lab in the backyard of his home where he used to pass his free time doing experiments.

Then he noticed that all the detergents sold in the markets were going from either the richer class or the upper-middle class. So he decided to make a detergent that won have a harsh effect on clothes and would be affordable in price for the lower middle class to purchase.

In 1969, Karsanbhai started selling detergent powder, manufactured and packaged in his backyard. This was an after-office business – a one-man company. Karsanbhai would cycle through the neighbourhoods selling handmade detergent packets door to door. At Rs. 3 per kg, (one third the price of leading detergents) when others sold the detergents at 13 rupees per kg, it was an instant success. The naming of the brand has a very emotional story behind it. Karsanbhai branded his detergent soap, Nirma, after the name of his daughter who passed away in a road accident. He decided to immortalize her through this.

After three years, Karsanbhai felt confident enough to quit his job. Later he told in an interview that, “The lack of any such precedent in my family made the venture fraught with failure. But farmers from North Gujarat are known for their spirit of enterprise.” Karsanbhai set up shop at a small workshop in the suburbs of Ahmedabad. The Nirma brand quickly established itself in Gujarat and Maharashtra.

The great quality and moo cost of the powder made for extraordinary quality. Fuelled by housewife-friendly notice jingles, Nirma revolutionized the cleanser showcase, making a modern section within the advertise for detergent powder. At the time, detergent and soap fabricate was ruled by multinational enterprises with items like Surf by Hindustan Lever, estimated at around Rs. 13 per kg. Inside a decade, and Nirma was the biggest offering detergent in India. Since generation was labour-intensive, Nirma moreover got to be a driving boss (utilizing 14,000 individuals 2004). Made without a few phosphates, Nirma was moreover to some degree more environment friendly.

After building up its authority in economy-priced detergents, Nirma entered the premium portion, propelling latrine soaps Nirma shower and Nirma magnificence cleanser, and premium cleanser Super Nirma cleanser. Wanders into cleanser and toothpaste were not as effective,

but the consumable salt Shudh is doing well. Nirma magnificence cleanser is one of the driving cleansers, behind Lifebuoy and Lux. In general, Nirma encompasses a 20% showcase share in cleanser cakes and approximately 35% in cleansers. Nirma moreover has fruitful operations in neighbouring countries. In 1995, Karsanbhai began the Nirma Established of Innovation in Ahmedabad, which developed

into a driving designing college in Gujarat. A Founded of The administration took after, with the complete structure being solidified beneath the Nirma College of Science and Innovation in 2003, supervised by the Nirma Instruction and Investigate Establishment. The Nirmalabs instruction venture, pointed at preparing and brooding business people, was propelled in 2004.

Karsanbhai’s two children, girl and son-in-law are presently at driving positions within the Nirma organization; Rakesh K Patel (MBA) looks after obtainment and coordinations, Hiren K Patel, a chemical engineer and MBA, heads promoting and fund, whereas Kalpesh Patel is in human assets and Healthcare Industry (Nirlife healthcare). He has been granted numerous awards for his accomplishments in both social and entrepreneurial areas.