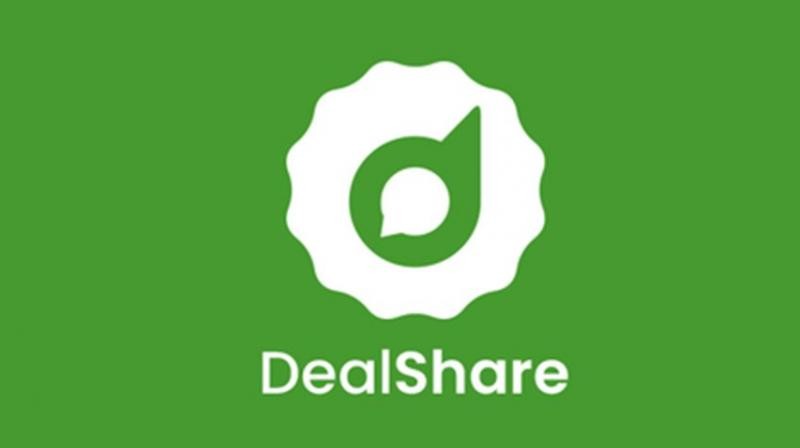 Although Amazon and Flipkart had created a market for themselves the rural part of India remained untouched so Dealshare decided to grasp the chance and take advantage of the situation. This e-commerce startup was founded by Vineet Rao the CEO and initially started as a platform on WhatsApp, where it offered hundreds of products to consumers. Soon it started attracting consumers and a major consumer spending pattern was visible according to the company’s CEO. People were only interested in buying the products which were available at a discounted price.

Soon it became the core offering of the company. Today it offers discounts and cashback offers to the consumer who shares the deals with their friends and family. The startup has its app and website.

Consumers wanted to purchase those items which were relevant to them and at a price that provided the sense of worth spending their money. “We focused on locally produced items instead of national brands. Even today, 80% to 90% of items we sell are locally produced. We started building a network of these suppliers. It was very tough because none of these guys fancied joining modern retail like e-commerce. Some of them had tried to work with e-commerce firms before but the experience left a lot to be desired,” Rao said in an interview with Techcrunch.

Currently, its valuation has increased 455 million dollars in its latest funding round which was led by Tiger Global and was co-led by WestBridge Capital, Alpha Wave Incubation (a venture fund backed by ADQ, and managed by Falcon Edge Capital) and Z3Partners.

Many other CVs also participated in this funding from Partners of DST Global, Matrix Partners India, and Alteria Capital. It was able to raise funds of about 144 million dollars.

This transaction marks the third funding for the company in seven months, with the valuation increasing nine-fold on the back of high growth momentum. With the current funding round the total valuation of Dealshare has increased to 183 million dollars.

“We believe India is a unique market with its highly diverse demographics and requires an indigenous model that is built based on first principles and differentiates itself from western and Chinese e-commerce models,” said Vineet Rao, CEO and founder, DealShare in an interview with the Business Standard.

Sourjyendu Medda, co-founder, chief business officer and chief finance officer at DealShare said “The funds will also be used to augment the firm’s current growth trajectory. In FY 20-21 fiscal, DealShare grew 5X to reach a $200 million annual GMV (gross merchandise) run rate. In a short span of 2 years, we have serviced more than 3 million consumers and over 20 million orders,” said Medda. “We are confident of hitting a $1 billion GMV run rate by the end of the year thereby building a strong 10 million customer base.”

The company currently operates in more than 40 cities and towns across 5 states and will increase its foothold to 100 cities and towns within 10 states by the end of the year. It is also planning to expand internationally, starting with the UAE and is establishing its first base in Abu Dhabi. Dealshare has also pioneered its business model with innovations in in-app experience and technology, direct from factory procurement, gamified and viral demand generation. It has built a community leader by the name of Dealshare dost network that enables it to operate at the lowest cost operations in the world. The company is planning to utilize the fund in AI is driven- innovations in its user experience leading to a highly personalized, fun-filled and gamified experience.

The company’s monthly users use the app over 40 times a month making it the most engaging e-commerce app. It will soon add more innovative capabilities and services to serve a wider range of user needs. It is planning to increase its footprint from 20 warehouses across 5 states to 200 warehouses across 10 states by the end of this year.

“We will also invest in improving and scaling up our operations rapidly,” said Rao to Business Standard.

Sandeep Singhal, co-founder at WestBridge Capital said to Business standard “DealShare has been able to achieve especially amongst first-time internet users in the hinterlands of the country.”

DealShare currently has over 1000 micro-entrepreneurs partners promoting the community group buying (CGB) model in the country. It is generating a massive amount of employment opportunities across all tiers of cities and towns.

“We plan to strengthen our network further and increase it to over 5000 by this year-end,” said Sankar Bora, founder, chief operating officer, DealShare. to Business standard

Navroz Udwadia, co-Founder and CEO, Falcon Edge Capital said “DealShare demonstrates best-in-class unit economics and capital efficiency (5.0x). It is delivering a compelling value proposition to its customers, value-conscious middle Indians in Tier 2 and 3 cities who crave local and regional products. DealShare is constantly iterating and improving its playbook of viral customer acquisition through group buying and gamification while driving steady retention and cohort and unit economic improvements. Today, DealShare is a business that expects to break even in the next 12 months,” said Udwadia to Business Standard.

Tarun Davda, managing director, Matrix India said “this fundraising is a testament to DealShare’s exponential growth and capital-efficient business model. He said this uniquely serves the needs of Tier 2 and 3 consumers that are embracing online grocery shopping like never before.”