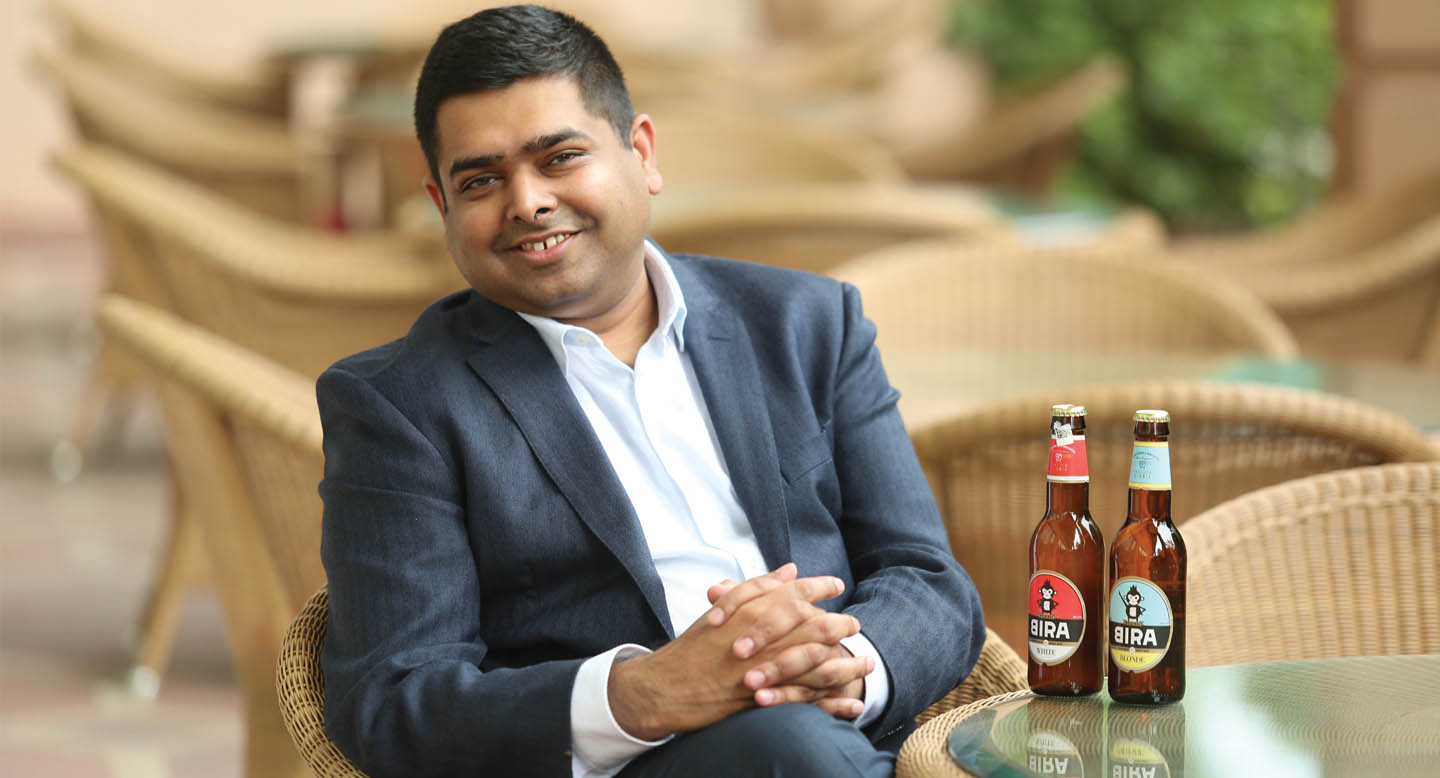 What is the most extensively drank alcoholic beverage in the world today, out of all the alcoholic beverages available? Which of the following is one among the world’s oldest ready-to-drink beverages? Which has been scientifically shown to prevent kidney stones while also strengthening your bones? If you’re a true fan, you’ve probably already figured out what this unique beverage is. It’s all about the beer.

Beer was the typical complement for chats, whether it was at lunch or on a social trip with friends. It used to be Kingfisher or Millers, but as Indians’ tastes evolved, brands like Heineken, Budweiser, and Corona gained popularity. Then came craft beer. Interestingly, one would expect international brands to fill in that gap but that is where the locally brewed Bira 91 shot to prominence. Craft beer entered India through Bira91.

Ankur Jain graduated from the Illinois Institute of Technology in Chicago with a bachelor’s degree in computer engineering and began his entrepreneurial career with a healthcare data business. In 2009, he founded Cerana Beverages, a firm that imports and distributes premium craft beer brands from Belgium, Germany, and the United States. The beer was marketed in 330ml bottles in Delhi, Mumbai, and Bengaluru. Cerana Beverages (formerly B9 Beverages) is a beverage importer and distributor. It controls India’s first and largest draught beer distribution network, which is found in restaurants and pubs across the country. It imports and sells a portfolio of more than 20 brands and key beer genres.

Ankur recognised an opportunity for a beer company in India’s booming market and decided to pursue it. Jain spent the first three years after returning to India studying the beer market, travelling to Europe to learn about the various unique beers available and selecting one for the Indian market. What he did was wise: he studied the technical nuances of the brews before going into the industry. As a result, he chose to focus on craft beer. A tiny brewery produces craft beer in a traditional or non-mechanized manner.

Say cheers with Bira91: Indian beer with a Belgian heart

His pick was well-thought-out and based on facts and figures. India consumed over 270 million cases of beer in 2014/2015. Craft beers (including microbreweries) accounted for barely 1% of the total market. UBL controlled the market as a whole (United Breweries Ltd.). This presented him with a chance.

He sought startup money from anonymous investors in 2014 to develop the business and create his own bottled craft beer (he reached out to his college pals and received $1 million from six of them). Bira91 was the name he gave it when he first introduced it in 2015. The Belgian Ambassador to India, Jan Luykx, formally unveiled it in February 2015 in a ceremony attended by around 500 people. It was supposed to be called “Biru” at first. In Japan, beer is referred to as biru. However, due to a registration issue in Japan, he chose the name Bira. India’s country code is 91, which gave it a more unique sound. According to them, reverse B represents a spirit of defiance toward the market’s traditional brews. The mascot is a monkey because we all have a monkey inside us, a symbol of our wild side. As a result, the moniker “Bira91” was born.

Bira91 came in two varieties: Bira White Ale and Bira Blonde Lager. Ankur brewed and packaged the beer in Belgium before shipping it to India. He even hired a Belgian brewmaster to assist him in developing the formulas. Bira91 was offering beers that had never been seen before on the market, both in terms of colour and flavour. Their goal was to address a void in the market for a unique, quirky, and entertaining beer. Bira91’s target demographic was the country’s youth, therefore they intended to reach out to the youthful, urban Indian customer. Bira 91 was instant popularity with the urban audience, with sales jumping from 150,000 cases in 2015 to an expected 700,000 cases in 2016.

Because alcoholic beverages in India are taxed by volume, beer is more expensive than spirits; yet, Bira was made accessible for Rs 90 for a 330 ml bottle. Bira91 sold 35,000 cases (2500 barrels) per month in 2016, and the company extended to Mumbai, Bangalore, Kolkata, Goa, Pune, and Chandigarh. They had a 70% market penetration rate in all of their markets and are now increasing at a 30% month-over-month rate. Bira 91 has grown rapidly, from 56 cities at the start of the year to 386 today, to become India’s fifth-largest beer producer, with a 2.7 per cent value market share.

Their techniques for reaching this group were straightforward and straightforward. Because direct alcohol advertisements are prohibited in India, they concentrated only on distribution. They didn’t use any form of marketing effort or surrogate techniques. Rather, they made their brand accessible in a few bars, and the rest, as they say, is history. Without spending any money on typical marketing tactics, they obtained a 30% share in the premium sector. Bira 91 has raised a total of $160.5 million in 14 rounds of fundraising. Their most recent money came through a Debt Financing round on January 4, 2021. For a brand that began its innings in February 2015 in Delhi, the journey has been phenomenal: From a paltry gross revenue of ₹50 lakh in fiscal 2016 to striking a run rate of ₹700 crores for the financial year that ends in March 2020; from a presence in 60 outlets to reaching a little under 29,000 by end-March; and from selling in one country to now being present in 16.

Bira currently offers two new beer varieties: Bira91 Light and Bira91 Strong. For the time being, Jain is pursuing two objectives: he wants Bira 91 to emerge as a top brand in the premium beer sector in India, as well as an established Indian consumer beer brand with a worldwide reach, all by 2020. T-shirts, growlers, backpacks, ice buckets, and beer mugs are among the new products available from Bira 91. Bira intends to grow its operations in India to 20 cities and extend into other markets such as Singapore, Thailand, the United Kingdom, Hong Kong, Dubai, and the United States. The company also plans to start its third brewery in Rajasthan by the end of this year to take its annual capacity up to 12 million cases.