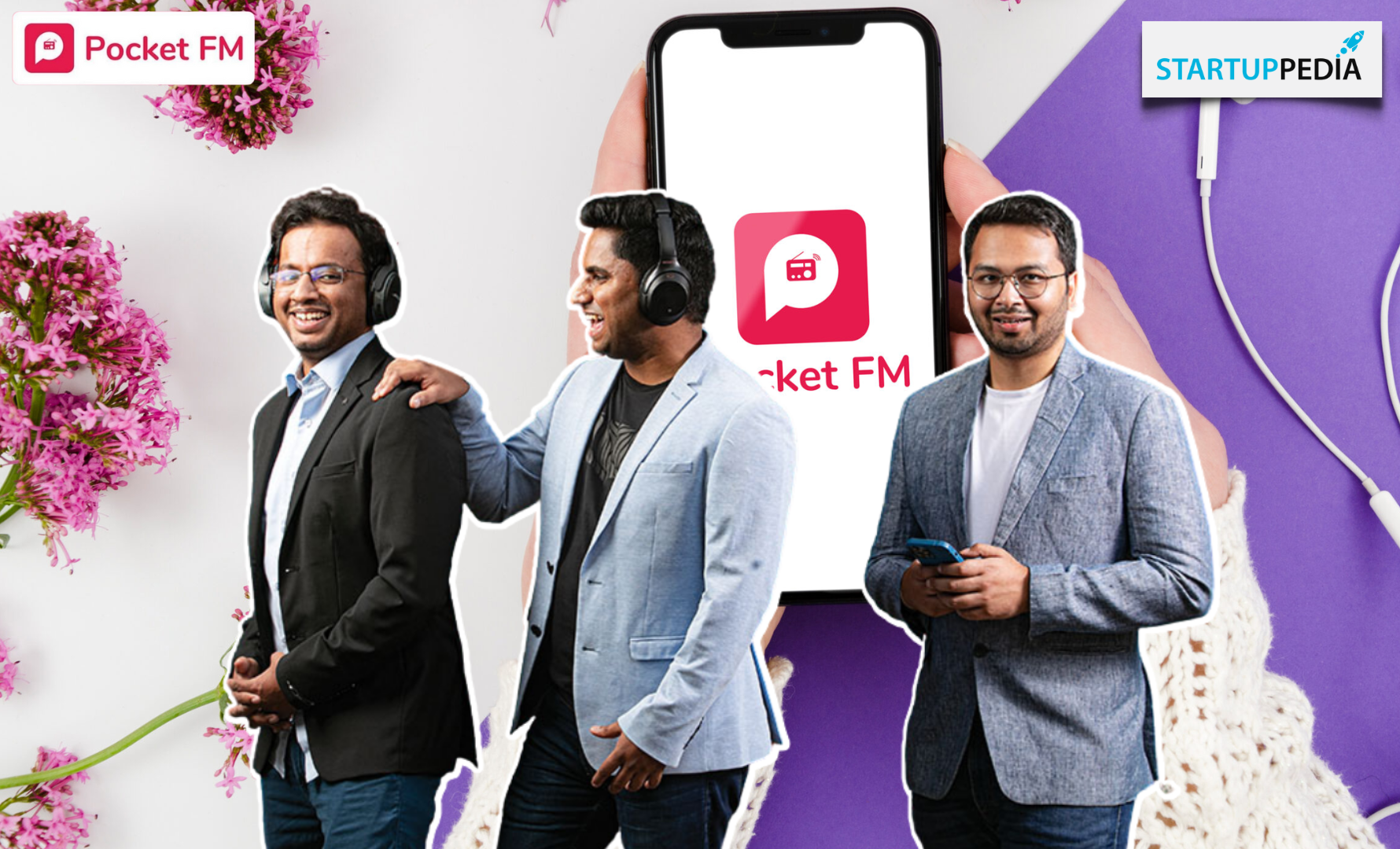 Studies after studies show that the human attention span has only decreased. As a result, short-format content on the Internet has grown multifold in popularity.

But three engineer friends almost defied the tide and launched a long-format audio startup in 2018, which in its fourth year of business, has an annualised revenue run-rate (ARR) of $25 million.

Before venturing out on their own, the three friends worked at building and growing content products like JioSaavn, Paytm, Grofers, and Flipkart.

Needless to say, this combined experience of the team helped them vastly to make Pocket FM what it is today.

The idea of making Pocket FM was actually born during Rohan Nayak’s long commutes to work. He would often get bored, and listening to the FM radio and using music applications were the only choices.

He realized that audio entertainment in India was repetitive and not gripping. Nayak thought that audio storytelling would boost this space.

Eventually, the trio got together and launched Pocket FM in 2019.

How does Pocket FM work?

The AI tools have helped Pocket FM to understand user insights and target content in a way that user engagement is maximised.

Pocket FM’s aim is to give customers a host of options to choose from. Content genres are very vast – horror, science-fiction, romance, fantasy, mythology, suspense, and thriller.

The platform follows a model similar to Netflix. It releases the series in one go and enables customers to binge-listen to it.

Currently, the platform has 733 audio series apart from audiobooks. All episodes range from durations of 10 to 15 minutes and 25 to 30 minutes.

The platform has a freemium model and has micro-payments as a major feature. Through this feature, Pocket FM records over 500,000 monthly transactions.

During a discussion with a news portal, co-founder Rohan Nayak said that micro-payments for monetizing content on Pocket FM have driven increased revenue to the company. Sustainable and profitable growth with strong unit economics is a key focus area for Pocket FM.

The top cities where Pocket FM is the most popular are Delhi, Mumbai, Bengaluru, Pune, and Hyderabad. 80% of the audio platform’s listeners are between the ages of 15 and 35. The daily average time spent by users listening on the platform is 100 minutes.

Other investors of Pocket FM include Times Internet, Lightspeed, and Tencent. In October 2022, Pocket FM achieved an ARR of $25 million.

With a listener community of more than 80 million people, PocketFM is planning to speed up content production. For that, the team is working on Artificial Intelligence technologies that assist natural language processing and text2speech and image.

To know more about the platform, visit its website.