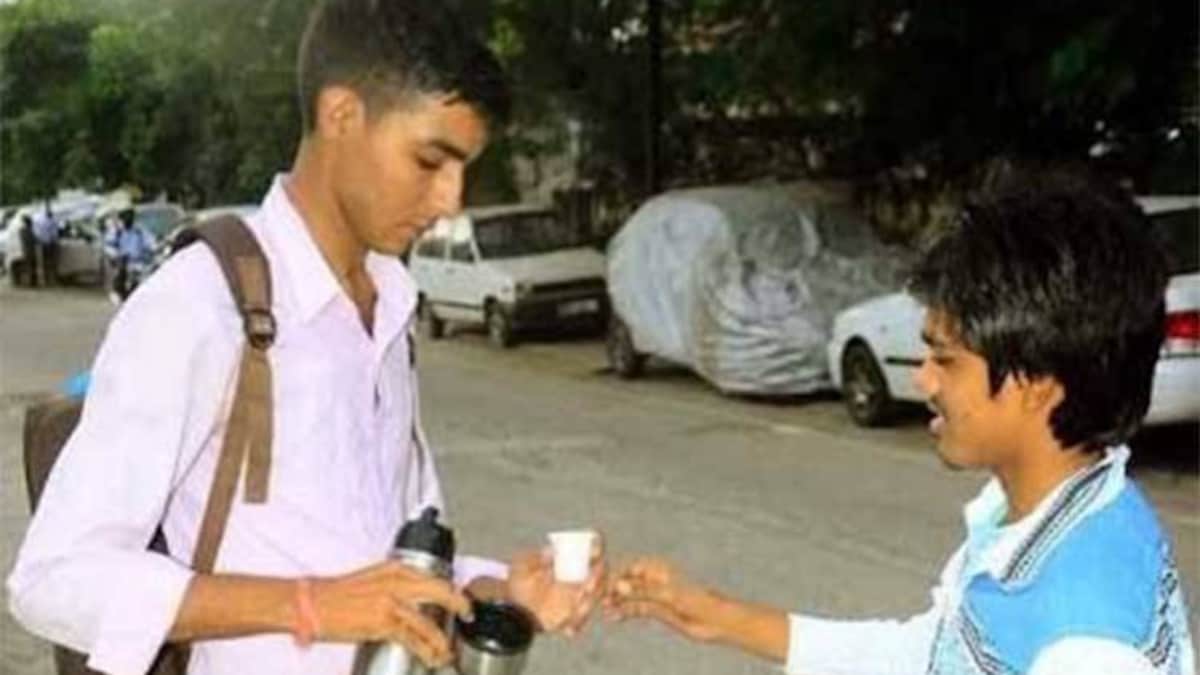 The phrase “necessity is the mother of invention” is said to be true. The theory has been proven time and time again. The majority of business projects are born out of a need to solve a challenge. This project, started by a former Amazon delivery boy, is genius in its simplicity.

Just has everything shipped right to their door without any hassles. After all, we are living in a fast-paced world. This is where e-commerce behemoths move up to ensure a customer’s online purchases run smoothly. A slew of new businesses has emerged to provide food distribution services. Both of them are currently limited to urban corporate cities, leaving several more in the dark. Understanding this gap, Raghuvir Singh Chaudhary founded a startup that provides snacks and tea delivery services in Jaipur.

Raghuveer Singh: A delivery boy by job turns into an entrepreneur

Raghuvir Singh Choudhary was born in Jaipur, India, to a poor family. He prioritized jobs over schooling from a young age. He had to give up higher education after finishing high school due to financial constraints. To make money, he started working as a delivery boy for Amazon, where he was paying Rs 9,000 per month. He delivered to each customer’s doorstep on a bicycle because he didn’t have a bike. The young and ambitious boy has attempted to play with daily tea as well as the manner in which he wishes to offer his tea to the people. In the middle of all of this, the young visionary has not failed to analyze new trends and remain current.

Raghuvir would get tired riding his bike and would take frequent tea breaks to relax. Finding a decent tea shop was still a struggle for him. He realized that he was not alone in his struggle to find decent tea after a long day at work. This was the catalyst for his entrepreneurship concept.

Raghuvir used to take daily tea breaks when shipping goods and found how difficult it was to locate a suitable location that served excellent tea. It is important to remember that millions of Indians swear by a decent cup of ‘tea.’ It is not a stretch to suggest that tea could become the country’s national beverage. Raghuvir came up with an idea while looking for the right cup of tea. He will deliver tea to his customers. People now, he admits, want something in the safety of their own homes, so why not give them what they want?

So, with three colleagues, the young former Amazon delivery boy went to work. Raghuvir had been saving money since the day he started working, which he used to rent a house, hire an individual, install phones, and enter the market. The party started by taking orders from nearby vendors. He was talking to over 100 vendors before he realized it. Even the vendors have ordered cups because the tea and delivery service is so sweet. Who wouldn’t want a hot cup of tea made with mineral water sent to their door in 15 minutes for Rs 5? To obtain orders, Raghuvir relies on phone calls and WhatsApp. Naturally, success smiles upon those who work hard, and Raghuvir soon bought himself a motorcycle, to cut down time spent in transit.

Raghuvir, who formerly operated at Amazon, now operates four tea distribution systems in his hometown of Jaipur. Raghuvir now has four new bikes for distribution, thanks to his sturdy, lightweight, and small business model. He receives 500-700 orders per day and earns about Rs 1 lakh per month. Raghuvir and his three other friends began collaborating on the concept. He rapidly expanded his network of local sellers, eventually engaging with over 100. His tea and delivery service are so nice that he now has a lot of vendors ordering tea from him. One of his proudest accomplishments was being able to purchase a bicycle for himself. He earns Rs one lakh every month and is now a proud owner of four bikes used for delivery purposes.

When he first began, he never imagined achieving such popularity and benefit. He started by making cups of tea with three of his friends because he didn’t have much money. However, as the days passed, he began contacting nearby businesses and receiving orders. His service and consistency were praised, and his company became well-known. He began delivering on his bicycle and now does so on his own motorcycle.

The story of, when there’s a will… There’s away

He now employs ten people and owns four motorcycles for distribution purposes. He earns lakhs with his four tea shops in Jaipur, where he brings in nearly 500 to 700 orders a day. Raghuvir’s story is truly inspirational, and it encapsulates the reality that entrepreneurship is mostly born out of necessity. From shipping products for Amazon to running his tea startup, Raghuvir’s story is genuinely inspiring and sums up the fact that entrepreneurship is mostly born out of necessity. Raghuvir said that in the next five months, he intends to extend and provide tea distribution to the entire region. Raghuveer employs 5-6 delivery boys to make tea deliveries.

Was that enough to get you off for the day? You will achieve popularity at any time if you have a new concept and a strong marketing mind. You just have to believe in your idea and the process. We learn from this that there are lots of opportunities to earn money in India nowadays with technology creeping in but only if you dare to take those untaken paths.