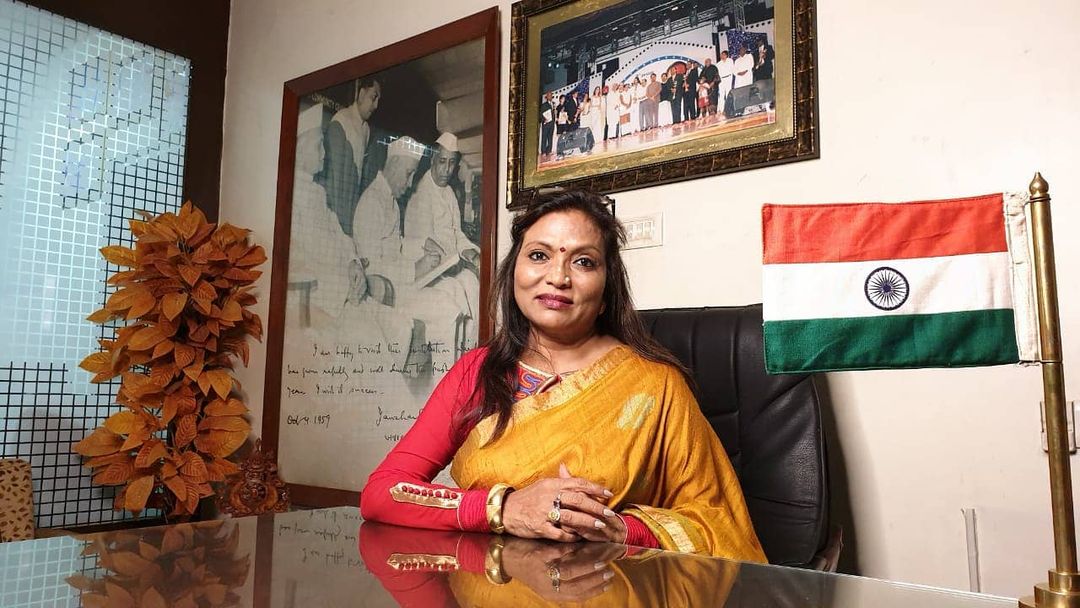 Today the lady has achieved a lot starting from nothing. She has been given the title of the real Slumdog Millionaire, a title meant as a compliment but along with being degrading to the success of the achiever. Born in a poverty-ridden Dalit family in Vidharbha Kalpana Saroj faced all kinds of unfair practices and was subjected to injustice throughout her childhood in the hands of the societal norms.

Being from a Dalit family normally kids who played with her as playmates were bared from their parents from mingling with her or except any kind of food or help from her. This used to hurt little Kalpana the most. A very bright and studious child she wasn’t able to pursue her ambition of studies further. Being the oldest of three siblings and born to a poor constable in Maharashtra police her father had very uplifting views about women education and encouraged her but as child marriage was a norm in the Dalit community and under pressure from the extended family her father had to lay off his weapon and married her off at the age of twelve. She lived in a slum with her husband’s family.

But she went through hell as she was subjected to all the household chores of cleaning the house, cooking, scrubbing the floors etc for a twelve-year-old petite little child. But after her father saw her facing domestic abuse at the hands of her husband and his family he took her back to her village. But being an unfair society it is the small communities where daughters are considered to be a burden to cast off a family and never to be taken back home, Kalpana was made to feel as if she was not only a burden to her family but the whole community and her village.

She tried staying headstrong and decided to earn by joining a camp of police but due to lack of education and being a minor she got rejected. Later she started earning money by tailoring blouses at 10 rs a piece to not becoming a burden to her father. But the mental abuse and harassment in the form of whispers and taunts kept getting into her head. People kept on whispering that she should rather commit suicide instead of disgracing her family. She obliged to it and even tried committing suicide after being continuously ostracized from the villagers but was fortunately saved by her aunt who at the correct time saw her downing a bottle of poison and rushed her to the hospital. But this incident brought a change in her.

Gone was the naive little girl. Instead, there was a girl ready to fight for her rights against the unfair world. Later she somehow managed to convince her parents and moved back to Mumbai to her uncle’s home in hopes of finding work. She was not disappointed in this because she got a job in the garment industry and supported her family as the only breadwinner as her father lost his job to bureaucratic shuffles. Being the oldest daughter the duty to serve the family fell on her shoulders.

After accumulating a few years of experience she took a loan for scheduled caste people from the government scheme and started a tailoring business and bought a little room on rent for the family at the charge of forty rupees a month. Living in a tight cramped room she somehow managed to put food on the table with the prevailing scarcity of money. But as unexpected as life can be, her sister fell severely ill. She used to cry in front of Kalpana to save her and not let her die. This is when Kalpana realized the importance of money and started working 16 hours a day which is a habit that has been instilled in her to date. She soon started a furniture business from the money of the government scheme where she sold cheap copies of high-end furniture from Ulhasnagar.

Soon everything started to improve for the family. She learnt every nik-naks of business from sourcing raw materials to selling the finished product and providing customer service to the customers.  Soon enough she started to expand her business and ventured into the real-estate business and became famous for her contacts and entrepreneurial skills. She even set up her own production house known as the KS film production. But the one thing she became famous for was when she bought the distressed assets of Kamani Tubes Company and successfully steered the company back to profits. She became a rag to riches CEO and earned the fame of becoming a reviver of a drowning ship.

In 2013 she was awarded the Padma Shri for her contribution to the Trade and Industry. She was appointed to the board of directors of Bhartiya Mahila Bank, a bank primarily for women, by the Government of India. She has been an inspiration for the womankind of India.