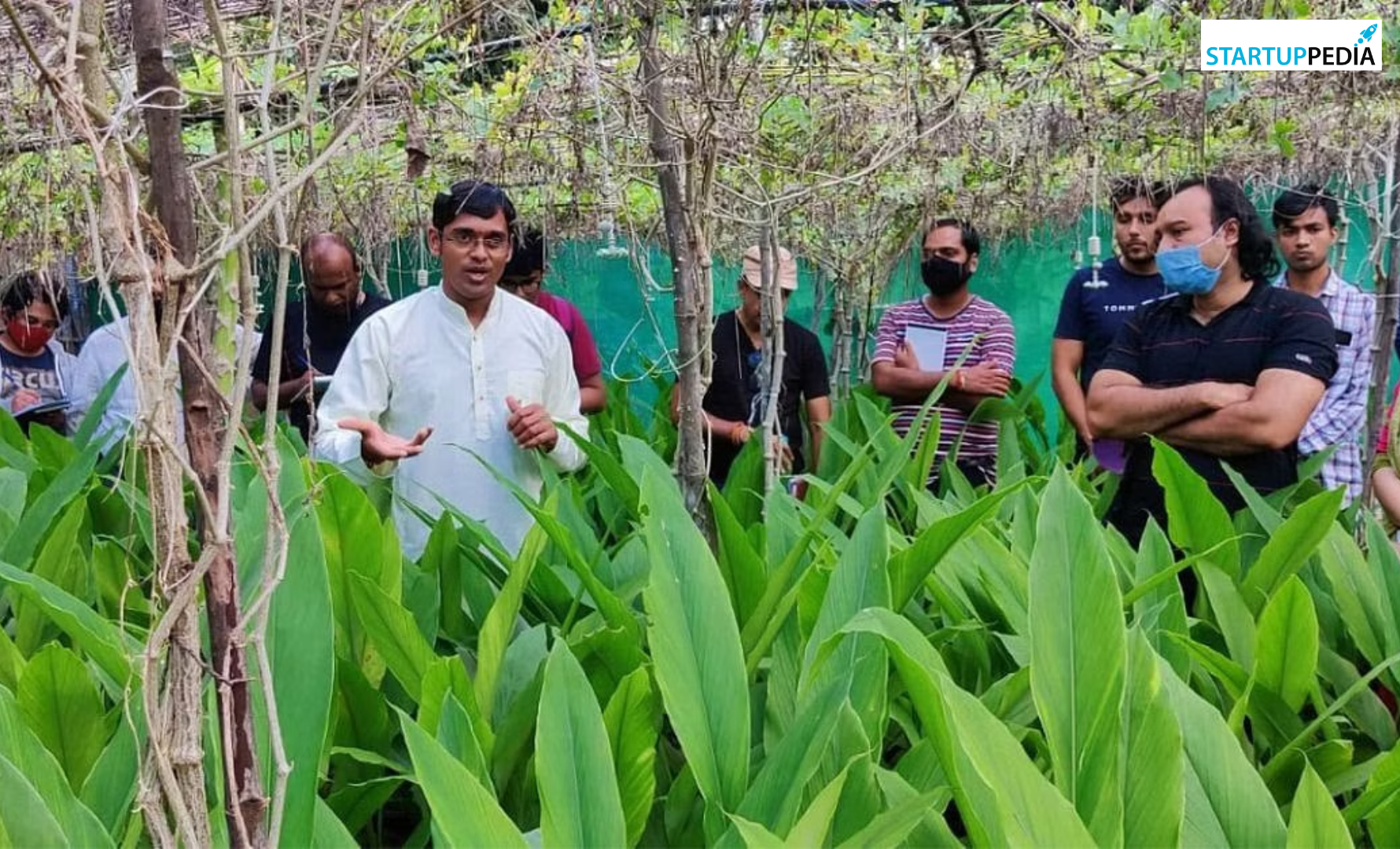 Born to a family of betel-nut farmers, Akash Chaurasia belongs to Bundelkhand. His innovative farming method has resolved a lot of problems for farmers in India and helped them yield greater profits.

Growing up, Akash Chaurasia was inclined towards becoming a doctor. But after realizing that a lot of diseases that humans get are tied to what they eat and drink, he decided to step into the farming field and become a farming doctor to bring concrete change.

Next, he talked to multiple farmers to understand the problems they faced. The most common issues were lack of space and water. And weed growth.

Akash spent some time researching these issues, and in 2014, he planted two layers of crops on one piece of land. This model was inspired by the multi-storey buildings in the city.

Akash Chaurasia built a bamboo structure that was 6.5 feet tall. The structure was then covered with mesh on the top so that it was exposed and shaded from sunlight in a balanced manner. This saved space and presented evaporation.

The multi-layer farming technique of Akash Chaurasia also saved 80 per cent of water. He planted fenugreek and spinach at the bottom so as to prevent weed growth.

He has educated 12 lakh farmers about the multi-layer farming technique and practically trained another 80,000 to adopt the method, save water and make more of a small piece of land.

This innovation earns Akash Chaurasia Rupees 30 lakhs per year. For his contribution towards the farming realm of India, he has won several national awards from the Government.