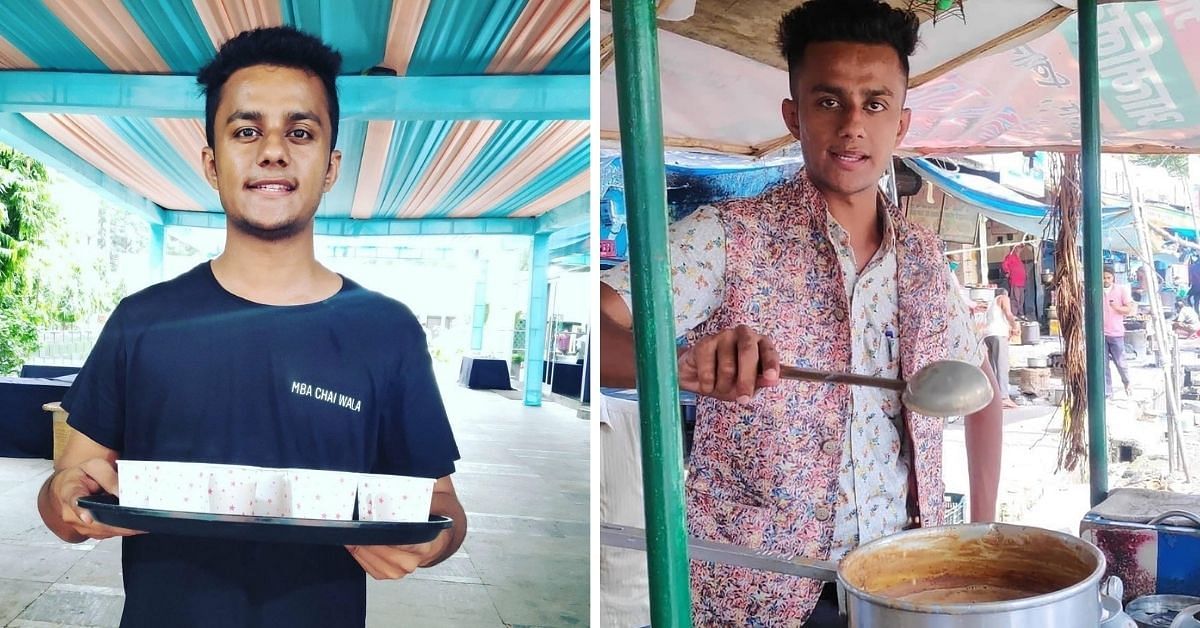 How many of us have failed to get a lucrative job ahead of a fat salary packet at the best Business School? One of the hardest examinations, called ‘CAT’ (Common Entrance Examination for Admission to Masters of Business Administration), has lakhs of aspirants emerging every year just to get into India’s top business schools. Chai is India’s favorite drink. According to this research, Indians eat 30 cups of tea for every cup of coffee.

It’s not about a cocktail that begins their day for others, it’s a way of life. Do you think a seller of roadside tea will become a millionaire? Of course, it’s not so easy, but it was made possible by a guy from Gujrat, India. We are about to read a story about how an MBA dropout became the world’s second most famous Chaiwala after our beloved Prime Minister Narendra Modi, a globally famous Chai guy who sold Chai on the Ahemdabad streets. This story is an inspirational story about Mr. Praful Billore, a middle-class Indian man who, like every other aspiring teen, decided to achieve an MBA. He appeared for three years on the CAT Entrance Test, and every time he failed.

‘MBA Chaiwala’ is widely regarded as Praful Billore, a young man and an MBA dropout. He is a common seller of tea. He’s an MBA dropout and a tea seller as well, and so the title ‘MBA Chaiwala’ was given to him. The life journey of Praful Billore is distinct. Who decided to try an MBA, much like any other ambitious teen. He appeared for three years on the CAT Entrance Test, and every time he failed. He was a sincere student and would train to compete for the CAT test for 8 to 10 hours a day. He had a lot of expectations for his parents and would inspire him to work hard to get to the right MBA college. He got too upset over his repeated loss and abandoned his CAT preparations for a while.

Praful loves to take sips of tea so finally, he started a small tea stall in the local market. This was started at the starting of 2017. Within three months, he set up a roadside tea stall borrowing Rs 8,000 from his father and christened the shop with a quirky name, MBA Chaiwala. (The MBA in the name stands for Mr. Billore Ahmedabad)

Praful called his company ‘MBA Chaiwala,’ standing for ‘Mr. Ahmedabad Chaiwala Billore ‘. Some individuals ridiculed him, saying that these days, even so-called trained MBAs are compelled to sell tea. Many others said that, after being educated, is this the only career he might think of? But, Praful didn’t let his way of setting a new record come up with any other blunt remarks. His bravery helped him expand his company to tremendous earnings every month. He travels widely across the globe to coordinate social and humanitarian activities.

Praful’s contact was good, so he communicated very quickly and nicely with the customers. Slowly-Slowly he settled in the Ahemdabad, with his fixed customers but he had to move to several locations. Slowly & eventually Prafull began to hold snacks & Sandwich’s on his shop, the Prafull’s permanent customer were many college & office citizens.

Praful said that his tea stalls have had several relationships. The name of the store didn’t exist at that point. Praful felt he wanted to retain the stall’s name to sell his shop. So he thought that when he began the Ahemdabad store, the name of Ahemdabad should be there, and there should also be his little Billore. Then the name that came out was Mr. Billore Ahemdabad Chai Wala, and the name MBA Chai Wala became popular.

As many people of various professionals meet at the tea stall in which he placed a board on his shop for the Work Needers, he began many campaigns on his shop including, for example, The people who need the job they will write on the board they need to participate in this sector. Thanks to this tea stall, several people have a career. The MBA chai wala is a brand in Ahemdabad at present and currently, its earnings are approximately 2.5 lakh rupees per month. At present, after the cafe is open to MBA Chai Wala, the MBA Chai Wala is growing in a reasonably good way. All over India, Billore wants to expand his business.

There is a lot of social stigmas associated with opening a roadside tea stall. It is assumed that uneducated labor class people run roadside tea stalls to earn a small income. Praful was also terrified to think about the frustration of his father if he knew that his son was running a tea stall instead of studying an MBA from a successful B-school. With so many worries on Praful’s head, for many nights he couldn’t sleep. It took him 45 days to gather the courage to purchase the vessels and ingredients required for tea making. He opened up the stall shortly afterward, but the journey was not straightforward. He put in all his effort and strength to operate his tea stall and became successful quickly.

But, in his region, the neighboring tea stall owners were nervous and jealous of his growing success. They got together to brutally throw him out of their field and succeeded in doing so. Praful was however eager to excel in his pursuit. He went to the owner of the hospital and asked him to rent his room from him to set up a tea stall. For Rs. 10,000, he happily rented it out. And, with absolute enthusiasm, Praful was back to business. In many ways, Mr. Billore began to advertise his shop, he began sponsoring the town’s college fest, he used to distribute free Chai on many occasions, he used to do the social services for the people in need. Slowly & gradually his stall became a cafe & his business of MBA Chai Wala settled properly.

Inspiration to achieve your goals.

And look at life’s absurdity! Today, MBA Chaiwala is invited only to give a talk about how to follow a passion and become big at IIM’s and Harvard Business School. It all begins with his inability to pursue admission to these very prestigious schools, such as IIMS and Harvard. This is something all of us will achieve with bravery and zeal. We think of beginning something many times in life but lack the confidence to initiate and try it. The greatest fear that always keeps us from chasing our dreams is, “If I do this, what will people say?” What we forget is that for a time, individuals will be judgmental or critical, but if you excel, everything falls into place on its own.