You must have seen or worn the campus brand but very few of you might know that this is a billion dollar company. Not just that Campus is the first footwear company to be listed on the stock market.

In less than 17 years, one man’s dream of selling better and affordable shoes turned into a global corporation worth over 1.5 billion dollars. We are talking about Hare Krishna Agarwal, a billionaire & the founder of the footwear brand, Campus.

Well the question that astounds us is how did a shoemaker built a billion dollar shoe brand & and got himself into the billionaire club?

Footwear market in India is valued at Rs 60,000 crore, of which sports and athleisure shoes are about Rs10,000 crore.

This sector in India is highly competitive even then Campus holds about 15-20 percent market share in India.

In this case study, you are going to understand the journey of H.K Agarwal & how Campus acquires the Indian Market despite the competition?

What were their marketing strategies which made them a successful footwear brand?

Mr. Agarwal understood that in India, Sports shoes are being sold at a rate of more than Rs 25oo which is considered expensive in the Indian Market at that time. The affordable pricing helped Campus grow big enough to compete with global brands such as Nike, Adidas, and Puma.

Although the Campus shoes were affordable their quality was almost similar to that of other brands available in the market. As the price was low, demand for Campus Shoes skyrocketed. Mr. Agarwal Categorized the market into four different levels and started targeting them strategically.  He divided it into Entry-level, Semi premium, Premium, and Premium plus.

Let’s understand what these categories are.

Mr. Agarwal understood that the majority of the market needs affordable sports shoes. They named the first category Entry-level and kept the pricing below 700 for this category. In below 700 pricing, Players like Relaxo, Bata, and Liberty already existed. Still Campus managed to acquire 48 percent of the market in this category.

In the premium segment where the Price ranged from 1500- 3000 rupees, Campus was able to leave its mark by acquiring 24% of the market.

Campus didn’t want people to think that they cannot make expensive and stylish shoes. They made a category where they could sell shoes of more than 3000 rupees and compete with Nike, Puma, and Adidas.

If you are into startups or business you must understand that building the product is not the only thing you need to do. You also need to market your products smartly to your targeted customers.

Most of the sports shoes consumers were youth. So they planned their campaign targeting the youth aged between 18-35 years.

The company launched multiple campaigns to position themselves rightly in the market. One of the popular campaigns of Campus was ‘Ab waqt hai hamara’

This is not just an ad; this is the story of every middle-class young Indian who wants to ride the wave of success in their respective fields. If you look at the campaign closely, it is very neatly made, no extra noise.

This is storytelling in the right direction, clearly showing the hard work of every passionate middle-class Indian to become successful.

There were No celebrity faces, at least not very popular .Through this It is smartly targeting its potential customers from tier 2 and tier 3 cities and making them feel like it’s their story only.

With an emphasis on progression and younger design, the shoe brand attracted the younger generation quickly. The company also chose the new generation of Bollywood actors to connect the young. Keeping the same in mind it also introduced “camp-tech” a technology-based shoe in the market.

Campus has partnered with some well-known retailers like Shoppers Stop, Avenue Supermart Ltd (D Mart), Metro Shoes, and Reliance Footwear. It is also looking to enhance the consumer experience through its exclusive brand outlets.

These marketing campaigns and partnerships have worked well for Campus.

Campus has an 18 percent market share in branded sports and athleisure space as of FY21 and covers approximately 85 percent addressable market in this space.

As we can see from the market portfolio, campus active wear has a strong presence in the men’s categories, which generated 87.6 percent of revenue, followed by 7.8 percent from the kid’s section and 4.6 percent from the women’s segment as of FY21.

Campus is also the first sports footwear company to be listed on the stock exchange in India. It is increasing 2-3X times faster than their next largest competitor. The company has grown 27% in the last 10 years.

As per the data most of the Campus consumers are from the north. There is a deep-rooted perception that consumers from South and West India are shying away from their products, which is partially true. Because the brand is selling 32% of their products in these 2 regions alone. Despite all this success in southern & western regions they are planning to expand their jaws to acquire more market share in the coming years.

Being a shoe making company it launched its IPO last year. The company proposed an ₹1406-crore initial public offering (IPO) comprising an offer on sale (OFS) of $47.9 million equity shares by shareholders.

Campus is looking fundamentally strong with a 17% market share in the sports and at leisure footwear industry in India. The company has experienced leadership and pan India presence across all the 4 categories within the footwear segment.

What could we learn from Mr. H.K Agarwal and his Entrepreneurial journey? Here are some of the key takeaways.

What else did you learn from Mr. Agarwal’s journey? Do let us know in the comment section. 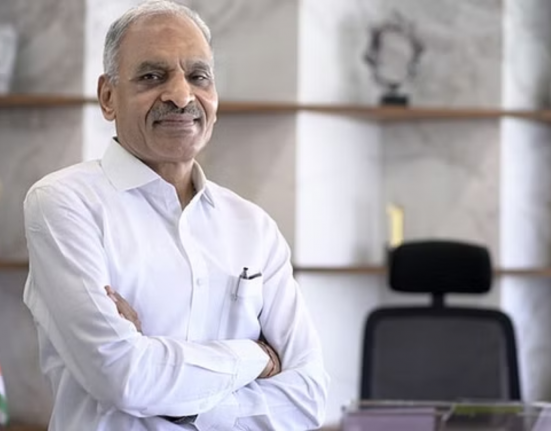