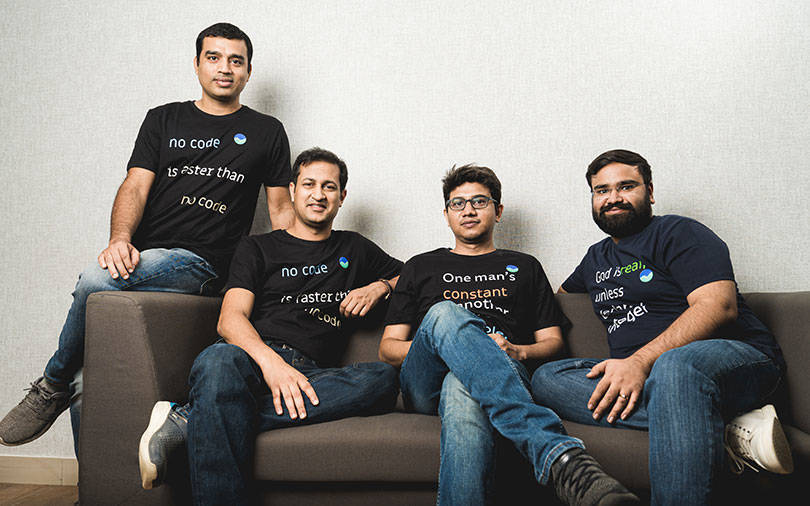 Investing a decade ago required a significant amount of paperwork, several bank visits, huge queues, and application processing that might take days. Just a few years ago, this would have been inconceivable. When you throw in a lack of financial product understanding and rampant agent misselling, the encounter becomes nothing short of a nightmare.

To begin investing, building, and managing your money, all you need is a bank account, some disposable cash, and a smartphone these days. New investors can utilise easy-to-use investing platforms to invest in mutual funds, stocks, and other programmes. When it comes to investing, India’s formerly fearful citizenry are suddenly taking the plunge. Groww, for example, has used technology and content to help investors overcome barriers to investment.

How did Groww, grow?

Lalit Keshre, 37, an IIT Bombay graduate, was working for Flipkart when he decided to start his own business. He desired to begin his business in an area that was not only large but also had a customer problem. In May 2016, he left Flipkart. Soon after, Lalit and his old coworkers Harsh Jain, Neeraj Singh, and Ishan Bansal began working on financial sector solutions that would “transform the thought process in the business.”

Demonetisation, a watershed milestone in Indian fintech, occurred in 2016. Transactions were gradually migrating to the internet. Millennials are more likely to invest in financial goods such as stocks and mutual funds than previous generations were. During their tenure at Flipkart, they watched the evolution of the e-commerce sector and recognised that investing in the next major opportunity. This secular tendency led this bunch of Flipkart mafia to create Groww after numerous attempts. The app and website-based investing platform were formally launched in December 2017 after the company was incorporated in 2016. Groww began as a direct mutual fund distribution platform in 2017 and quickly grew to become one of the most popular mutual fund investing platforms in India within a year.

The creators believe that the process of investing in financial goods in India is excessively complicated and opaque, based on their personal experience and that of their friends and acquaintances. Groww is a web-based investing platform that enables users to make direct investments in mutual funds and stocks. The firm developed a mutual fund direct access platform. Customers may easily invest in mutual funds thanks to the company’s technology, which makes investing simple, accessible, transparent, and paperless. Groww’s goal was to offer consumers the information, resources, and user experience they needed to get started investing as quickly as possible. It offers over 5,000 mutual funds that may be invested in straight through its app, which is available on iOS, Android, and the web.

The company’s goal is to provide investors with the best possible experience when it comes to managing their money. Groww now has over three million users and operates in 800 Indian cities using a paperless, end-to-end transaction approach. The business claims to have a month-over-month growth rate of 30%. Indiabulls Asset Management and Trustee Company have agreed to be purchased by Groww, a fast-growing technology-oriented investment platform, for INR 175 crore from Indiabulls Housing Finance. As a consequence of this acquisition, Groww will be one of the first fintech businesses to enter the INR 32 trillion asset management industry. Today, Groww has earned the trust and satisfaction of more than 8 million users on its platform since the time of its inception.

Ribbit Capital, Y Combinator, Sequoia Capital, Kauffman Fellows Fund, Insignia Ventures Partners, and Mukesh Bansal are among Goww’s investors. Groww has raised a total of $142.3 million in six rounds of financing. Their most recent round of investment was an $83 million Series D round on April 7, 2021. Groww says that Sebi’s recent change in fintech sponsorship criteria has permitted them to enter the asset management sector as of May 11, 2021. The company’s earnings grew by 4.7 times in FY20, from INR 20.14 lakhs in FY19 to a little over INR 1 crore in FY20. Operating revenue grew 3.25 times to INR 52.05 lakhs, with financial assets adding another INR 48.24 lakh. They are fast expanding, but the founders of Groww have taken the company to unicorn status. They recently received money and have been designated as a unicorn startup.

In the coming months, Groww will introduce deposits, US equities, sovereign gold bonds, Futures & Options, and other derivative products. Groww has prioritised financial education material from the company’s beginnings. Over the next two years, the business plans to launch a flurry of financial education programmes aimed at millennials and grow the financial services industry. According to the company, it signed up about 7 million subscribers between September 2020 and April 2021, with 60% of them in Tier 2 and beyond. The business aims to undertake a flurry of financial education programmes geared at millennials over the next two years, as well as grow the market for financial services.