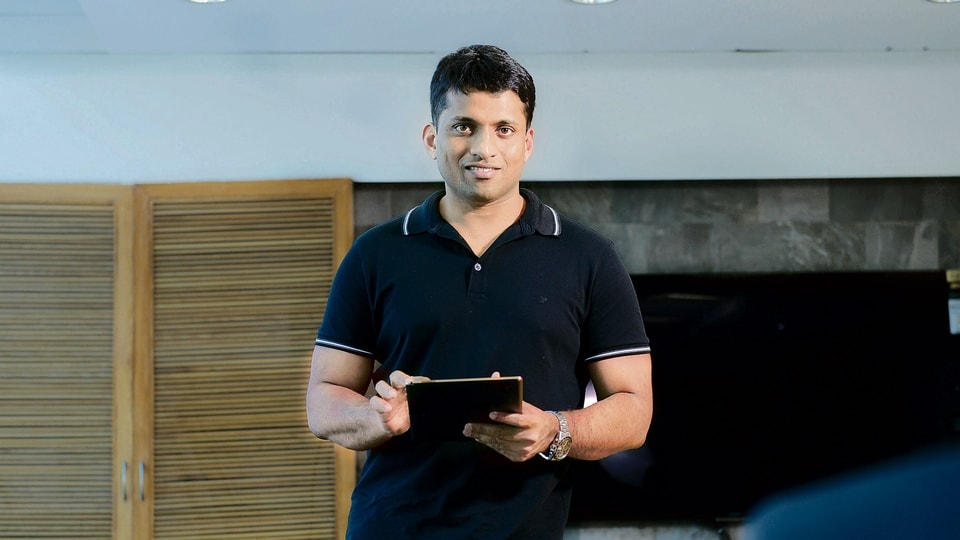 The journey of BYJU’s is quite thrilling as it started its journey as an ed-tech firm slowly and gradually becoming India’s Ed-tech Giant and finally spreading its wings in the U.S. Byju’s journey to reach her has been quite interesting. The name Byju’s comes from the founder and CEO Byju Raveendran’s surname. On a 2 months vacation from overseas, Byju came to India and decided to help his friends prepare for their CAT exams in Bangalore. It was just a friendly gesture of helping and out of peer pressure he also appeared for the exams and scored 100 percentile.

He started teaching some of his other friends after the results and yet again appeared for the exam and scored 100 percentile again. But this time he appeared for IIM-A, B, C interviews and cleared all of them but decided against pursuing MBA. And instead saw the potential in coaching students for clearing CAT exams. Teaching was a choice but the entrepreneurial journey was by chance. But due to word of mouth advertisements among students, news spread like fire and he taught 1000 students in an auditorium at once during 2007.

“Our core differentiator has always been how we teach. We were forced to innovate to teach in a non-interactive way and predict what kind of doubts the student can have. Back then, even in the offline format with classrooms with a large capacity, no interaction was possible. So, to visualize and conceptualize became our strengths. The growth came via word of mouth. We grew from Bangalore to 9 cities. I would travel to 9 cities in a week to teach and this continued till 2009,” Byju said in an interview with Tech2. Soon it launched video online format studies for CAT and similar exams with a target of covering at least 9 cities.

The company was named BYJU’s in 2011 at the suggestion of some of its IIM graduate students. It was in that year they prepared the core resource material available on the app. Mr Byju also tells that it took his team a time of 4 years to prepare the product. He also mentioned that while creating the course material for 4th to 12th grade the main target was to make it effective as well as fun to learn.

“We made sure that the learning experience was created in a format that students liked. It was always effective, but we tried making it interesting with interactive videos. To build a learning app for school students to get their fundamentals clear in those early crucial years when they start learning as it will have a long term impact. We are teaching students how they should learn rather than what they should learn,” he added in the interview with Tech2.

All the products were being prepared in 2011 and got launched in the year 2016. Meanwhile, it kept on uploading its regular exam prep videos so that the company stays funded.

“Even with the unique offline way of teaching in auditoriums, the online space always existed in the form of online videos. It was soon a transition from online to core learning. The aim was to help school students learn better. It was more about hows and whys, rather than what’s.” told Byju
Soon it took advantage of the online tech boom and paved its way as an Ed-tech company providing education solely via online education. Soon it started climbing the stairs of success and finally became the largest ed-tech giant in India.

We have been changing how we distribute our content. Technology has been an enabler. Our app-based product has a reach of over 1400+, and not just metros but also students from smaller towns. The app-based model has several advantages, students understand it easily after some usage, and the app also begins to understand the student learning behaviour. Data plays a huge role in personalizing learning,” he explained to Tech2.

Soon Byju’s started acquiring other ed-tech companies from 2015 which includes WhiteHatJr, Scholar, Vidyartha, LabInApp, Infekin, Specadel, Hashlearn Math adventures, Tutor VistaEdurite, Osmo, Epic and finally Aakash being the most expensive as it was purchased at 1 billion dollars.
The journey of Byju was quite interesting to see how an idea turned into an industry giant.

India, ‘The Womb for Startups’ Exposed to International Investors at Elevate III