Goli Vada Pav Success Story: How The Idea of Selling Vada Pav Made This Man a Millionaire: 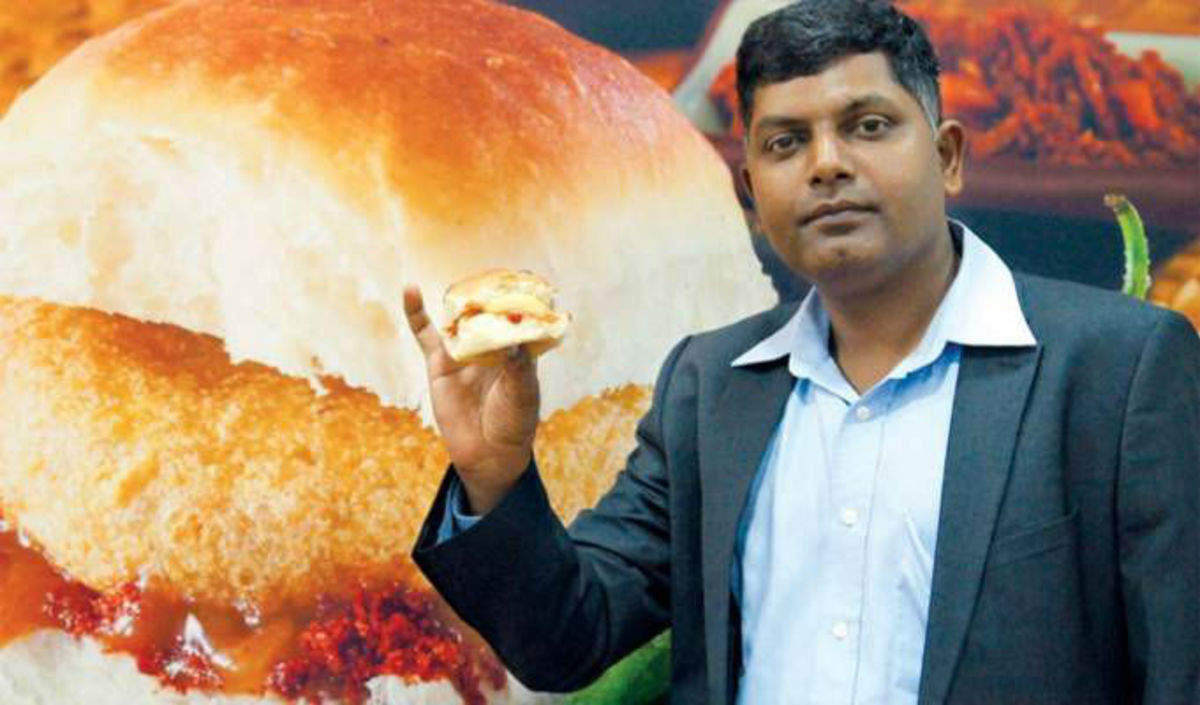 The majority of us wait our entire lives for that million-dollar idea to come to us, but it never comes. What sets folks like Venkatesh and Shivadas apart from the rest of us is that they take a basic concept and turn it into something spectacular with their vision! Patriots come in a variety of sizes and forms. Venkatesh Iyer (Venky), Co-Founder of Goli Vadapav, felt it concerning that he did not have any Indian brands in his daily consumption list. As a result, the bold entrepreneur decided to contribute by creating something that every Indian can be proud of.

The mastermind behind Goli Vadapav: Venkatesh Iyer and Shivadas Menon

Venkatesh Iyer established Goli Vada Pav in 2004. It is a fast-food restaurant brand in India that established in Mumbai, Maharashtra. Goli Vada Pav first opened its doors as a Quick Service Restaurant in Mumbai. The first outlet was erected in Kalyan by Venkatesh Iyer and Shivadas Menon at an investment of 40 lakhs rupees. The founders and their company have a lot to teach and inspire small business owners who don’t understand the big picture. Goli Vada Pav would fill a gap between traditional street food sellers and multinational businesses that might be lucrative. The idea was to serve fresh, hygienically prepared meals with a genuine feel.

A bite of Vadapav and business

The founders identified a huge opportunity in delivering low-income clients in India inexpensive, healthy, ethnic fast food. Venkatesh and Shivadas, food aficionados, founded Goli Vada Pav in 2004 with the simple goal of selling Vada Pav, one of Mumbai’s most famous dishes. Their business concept was simple and straightforward. They merely wanted to sell Vada Pav since they like the food and thought that everyone should try it at least once. He picked vada pav for its ease of preparation, delivery, and consumption. Because it’s finger food, there’s no need for a plate, spoon, or table. It’s a portable meal that you may consume while driving or while waiting for a bus.

The vadas are manufactured at a centralised plant in Mumbai, from whence they are sent to various destinations on trucks. The same American company that create McDonald’s patties create vadas using hands-free high-end technology. Goli was created to turn an earthy Indian street dish into a marketable and appealing fast meal. For their commercials, they used an intriguing method. They made a deal with the movie makers and requested them to film a scene in their store, after which they would display the movie banner in their store, which was seen by thousands of people in a single day.

A Small Business of Vada Pav Can Make You a Crorepati

Goli now operates a central production facility from which vadas are manufactured and distributed throughout the country. Their method allows vadas to be frozen and shipped to stores every 2 or 3 days, where they are re-frozen and carefully kept. The Goli vadas can now have a shelf life of up to nine months as a result of this. Goli Vada pav has raked in 45 crores after a roller-coaster of obstacles and topsy-turvy rides. It sells 70,000 vada pav each day and is profitable, with revenues of roughly $3.2 million in 2012. Goli Vada Pav, according to Iyer, has 350 locations across the country. This is one of the biggest achievements that came over and raised the bar for other brands like, Haldiram and Saravana Bhavan. With food habits formed and brand established, Goli is now on its way to experimentation. They have introduced items like Sabudana vada, palak-makai vada and masala vada to cater to local demands.

Opening a Vadapav company may appear to be a piece of cake due to its ease of preparation, but the Goli founders had a difficult time perfecting this recipe. The homemade patties were of varying quality and had a short shelf life, with some being stolen. In addition, rising raw material costs placed pressure on profit margins. With several government constraints, technology obstacles, labour, and other normal business obstacles, the firm blossomed, faded, and bloomed again multiple times. They continued to dream big even after their Mumbai operation was shut down. In Nashik, a new centre and formation were established. This move alone was a big success in terms of gaining the trust of Goli Vadapav’s current consumers and fan followers. Goli Vadapav is currently available in regions where people are ignorant of the recipe’s wonderful taste thanks to new technology. There were moments when the business was on the verge of going bankrupt. However, all of the staff, including the chairman, worked hard and never gave up hope.

The International touch to Desi concept

Venky and Shivadas began with their own money and the traditional method of recruiting a chef and other employees. However, this strategy faced them with a slew of issues at first, including waste, pilferage, and the threat of being shut down if the cook decided to leave. Venky was irritated by the unpredictability, so he began exploring for answers. An acquaintance who ran the processed foods division of a US company that provided frozen veggies and chicken patties to McDonald’s in India offered assistance. As a result, vadas began to be mechanised, with machines assisting in the production of uniformly sized and shaped vadas. Thanks to this investment in technology, Goli overcome three big problems in a single shot – wastage, pilferage and standardization.

Today, neighbouring nations are eager to do business with Goli, but the founders remain committed to their home nation, seeking greater chances in India. Goli’s main goal is to promote entrepreneurship and entrepreneurial spirit. Goli Vadapav is more than simply a commercial venture. Many people who don’t comprehend the notion of outside-the-box thinking will find it eye-opening. Many of us may be afraid that company issues may result in complete failure. A business without a challenge would never progress in such a situation.

Only when there are problems do we look for answers. Venky and Shivadas, on the other hand, as a team, represent the importance of time, expertise, and involvement in the business. Many people do not consider running a Vadapav chain to be a respectable career, but just a few understand the worth of going into coal mines and finding diamonds. THESE TWO OUTLIERS BUILT A BUSINESS EMPIRE ON THE BACK OF A SIMPLE SNACK AND AN EVEN SIMPLER VISION THAT WILL CONTINUE TO INSPIRE US TO BELIEVE IN THE POWER OF PERSEVERANCE AND NOT UNDER-ESTIMATING THE SIMPLICITY OF AN IDEA.