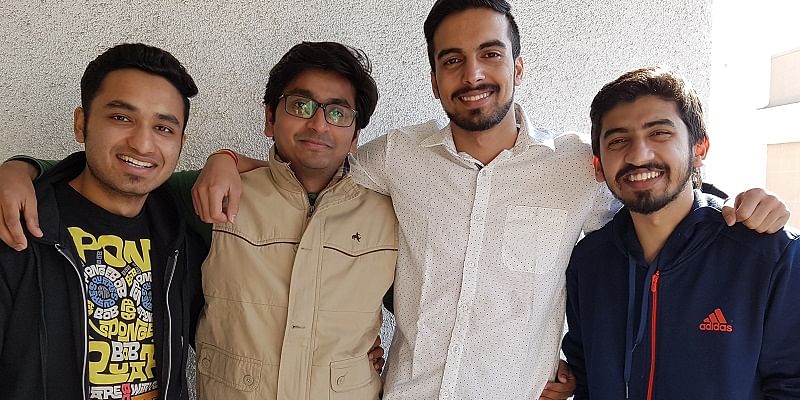 Campus placements, written assessments, interviews, all of which add up to students’ testing time until they have a job offer in hand. Many that have been through the grinding of the placement know what the routine takes to ace – it’s certainly not convenient. And so, Pariksha came to solve the students’ problems.

Pariksha is a vernacular test preparation company formed in 2015 by Karanvir Singh, Utkarsh Bagri, Vikram Shekhawat, and Deepak Choudhary. Utkarsh and Deepak were wing-mates and were competent in creating online campus communities. They were soon joined by Saket and Rahul. It works in 11 states, six languages, and has 65,000 subscribers. Pariksha, India’s largest vernacular test preparation company for mobile internet users.

In India, about 75 million applicants spend $2.3 billion per year on training for vernacular state government work examinations. For 90 percent of those 75 million applicants who do not have access to good test preparation choices, Pariksha is solving the accessibility dilemma. Via VOD and live streaming lessons, Pariksha helps students from Bharat prepare for state government job examinations in the language of their choice. By ensuring a level playing field in test preparation, they aim to provide fair access and opportunity.

The team of Pariksha has a strong vision and a wide target audience covering not only Tier II, III towns and rural areas, but also a certain population of students in urban centers. For a large number of tests, it is a one-stop preparatory platform and has an easy-to-engage interface that provides candidates with greater convenience. The key challenge is to gain the user’s confidence and to measure whether or not they see additional value from the platform.

Pariksha has content prepared by experts for exams in Hindi, English, Marathi, Tamil, and Bengali. It provides users with personalized and comparative analysis which helps them understand their strengths and weaknesses and where they stand in terms of competition.

A new funding round led by the Bharat Inclusive Technology Fund has been raised by Edtech start-up Pariksha. For the Pune-based startup, the new proceeds tend to be a Series A round. After an undisclosed round led by INSEAD Angels in April, the company allocated 31,885 preference shares and 30 equity shares at an issue price of Rs 4,122.65 per share to raise about Rs 13.16 crore, regulatory filings reveal. This is the second investment for Pariksha in 2020. In addition to Bharat Inclusive Technology Fund, the new investors in this round are Lets Venture, 9Unicorns, Innercircle One Consulting, and Nikhil Vora. A 2.2X jump in revenue was reported by the tech startup, which grew to Rs 1.3 crore during the fiscal ended in March 2020. While the collections have doubled, a similar jump in costs and losses was reported.

It is the preparation app in India that helps aspirants from Bharat prepare for any state government job examination in the language of their choice, through videos and live streaming classes in the most accessible, convenient, and enriching way. Hindi, Marathi, Tamil, Bengali & English are the languages available on the platform.

Pariksha has a mobile subscription-based application where users can pay and start exercising online. The developer of an online platform for test training to help aspirants study, train and prepare for work tests by the state government. The company’s platform provides an accessible, vernacular, subscription-based software that is based on the model of analytics and gamification and comes with adaptive testing and mastery learning. In addition to coding interviews, corporate finance, or IoT, a student can take data science, front-end, and back-end development courses. They should train for competitive tests such as GATE and GMAT as well.

The courses listed on Pariksha are acquired through a partnership with institutes and other content creators. The app also enables students to give tests on the exact pattern and time to handle the pressure that comes with giving competitive exams. The app also updates users with daily free live quizzes, easily downloadable and shareable current affairs in PDF formats in regional languages.

The start-up has also introduced a Safalta physical prepaid subscription card to allow candidates who are not comfortable making online transactions available at retail outlets across the state to make offline transactions in the rural cash economy. According to the company’s website, it has over 3 million users who have tried more than 400 million questions. More than 34 million tests have been completed by the app. Learning from these insights, the founders launched Pariksha Prime, which enables a student to upskill corporate possibilities and also prepares them for competitive exams. Each student pays a monthly subscription fee and gets access to all Pariksha content.

Education is certainly one of the greatest opportunities, but this college-born edtech business feels it can help students crack the Pariksha to get their first job!