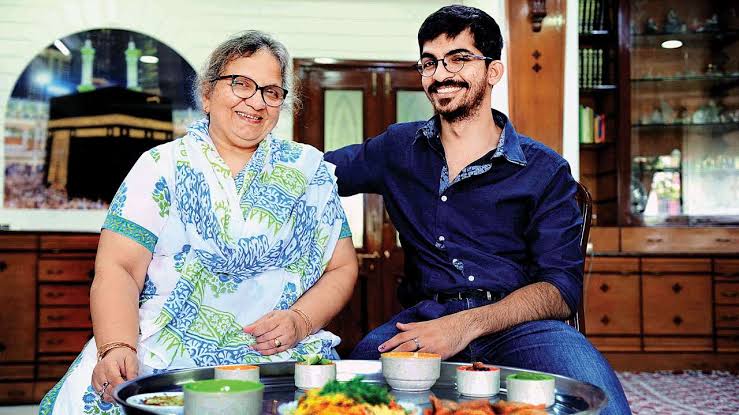 According to some sources, the food distribution industry is rising at a rate of 40% per year and is expected to reach $10 billion by the end of this year. The food retailing industry, on the other hand, is estimated to be worth $300 billion, while the Indian restaurant market is estimated to be worth $50 billion. However, the demand for at-home dining experiences is rapidly growing, especially in Europe.

India is well-known in the world for its history and popular cuisine. Yet there’s also a lot more to apply to the international menu. All that is needed for a safe and balanced mind is food. Here’s a family that’s trying to place their stamp on food in the most special way possible! What could be better than a tasty meal followed by cultural reminiscences in a warm and friendly environment? The Bohri Kitchen (TBK) is one of those creative additions that complement the authentic Bohri food experience. It is named after the city, which is well-known for its excellent food, social harmony, and cultural diversity. Based in Colaba, Mumbai, the Headquarter is nothing more than the Kapadia family’s home, where the mother-son duo has taken the initiative to create cuisines that the rest of the world has yet to recognize.

Munaf Kapadia: The MBA graduate who quit his job at Google to sell mutton samosas

Munaf Kapadia, an MBA graduate who worked for Google at the time, wanted to launch a food initiative in 2015 to keep his mother Nafisa away from regular soaps on television. Munaf had to come up with ways to keep his mother occupied while still making her comfortable. The Bohri Kitchen was born in this way. The Kapadias are from the Bohri culture, which is known for its mouthwatering thaal (a platter that consists of everything from mutton samosas, Nargi’s kebabs, Dabba gosht, Kaari chawal and much more). And Nafisa is known for cooking up the finest of these flavours on a regular basis at her house.

Munaf decided to share his maa ke hath ka khana,’ which was especially common within their own culture, with the rest of the world. And the rest, as he notes, is history. The twist of this story is that Munaf and his mother wanted to try it out as an experiment and invited a few friends over for dinner at their home. Instead of only the mother and son eating a tasty Bohri lunch, they were joined by six strangers this time. The concept of inviting people over for a paying meal was a success, and The Bohri Kitchen, a Mumbai-based concept food dining experience, was born.

Munaf took home a group of girls (who reached out to him via his word of mouth campaign) for their first tasting through e-mail and a few phone calls. He demanded Rs. 700 from them. He had also created a Facebook page for their project, which he called The Bohri Kitchen. Munaf became busier than his mother and left his high-paying career at Google to start a food revolution.

Munaf spends Rs. 700 a week on Facebook. Yeah, you heard it correctly. When he first started The Bohri Kitchen website, he tried buying a few likes, but that didn’t help him much. Munaf has broken the secret of Facebook targeted ads. He isn’t hunting for huge numbers; what he wants are good performances. He’s still trying to keep the content interesting rather than relying on the volume game.

Munaf also states that the original concept for The Bohri Kitchen was to open a nice café for his mother. Munaf’s received a reality check after three days of analysis into what it takes to open and operate a restaurant in Mumbai. Despite the fact that there was a void in the demand for Bohri food, the idea of opening a restaurant was not feasible because they lacked the financial bandwidth or risk capital to do so.

After debating the definition with Nafisa, the mother-son team devised a “normal” meal, which Munaf believes is close to what they will eat on a regular Saturday lunch. They clearly settled on a starting price of Rs 700. Munaf’s main marketing channel at the time was email marketing. For eight seats, reservations will be made by Friday evenings. However, it was soon difficult to convince eight people to pay money for home cooking, particularly because the email was the only means of communication.

The Bohri Kitchen, according to Munaf, began as an anti-product. He never planned for the project to become a company. The difficulty of preserving credibility came with success. As a result, the bulk of his correspondence is based on a clear and truthful dedication. It all began with her, and in some ways, through her. Munaf claims his brand’s popularity stems from the mother aspect. She soon rose to the role of brand ambassador. People who come to their house for a taste return with a satisfied appetite and a bright grin on their faces. Munaf considers Nafisa to be his greatest achievement because she represents their brand promise.

Munaf tries to develop guidelines and practices in order for TBK to advance from the development stage to an organization with processes in place to maintain distribution quality. Munaf still adheres to the idea of being available with his staff.

For the love of food

The Bohri Kitchen is now not only a well-known home-dining experience in the area, but it also has its own kitchen and delivers food directly to your house. Bohri cuisine is a rare delicacy for many people, who have never seen it at a friend’s house or at a wedding. Munaf’s daily meals included crispy kheema samosas, roasted raans, and succulent chicken angaari. After three years, TBK now has four verticals: dining experiences, home delivery, catering, and a new stall at Kamala Mills’ The Flea Bazaar café.

By the first half of FY-2019-20, The Bohri Kitchen had reached Rs 4 crore in sales. TBK’s mission or vision is to inundate the city with Bohri cuisine and make it synonymous with it. After the city, TBK intends to cross borders, nationally as well as internationally.