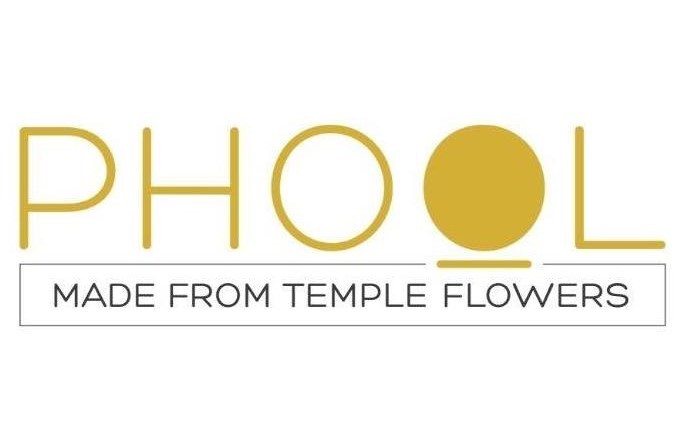 There were many ways that people have tried to recycle the floral waste from temples and mosques. But the most innovative to date can be considered the product from Phool.co a non-profit Indian enterprise. A U.P. based startup that converts the waste from religious places to charcoal free luxury incense sticks. They have employed high-risk women from vulnerable Dalit communities to upcycle floral waste into high-margin products such as incense, organic compost, and a biodegradable alternative to Styrofoam.

PHOOL collects more than 4 tons of floral waste every day from temples in Uttar Pradesh to divert this toxic waste from the Ganges, ultimately improving the river’s health. HelpUsGreen mission the company‘s subsidiary company is to employ 51,000 marginalized and at-risk women by 2025, providing them with training, a bank account, health insurance—and above all, treating them with dignity, respect, and providing healthier, predictable livelihoods that were never before attainable.

By 2016 Phool had employed a total of 200 women who have upcycled over 2500 metric tons of floral wastes into incense sticks and helped offset more than 275 kilos of pesticides residues from the Ganges.

It also aims to employ at least 2100 marginalised and at-high risk women from vulnerable dalit communities by this year training them to sort flowers and produce PHOOL’s line of products at central production facilities and providing them and their families with transformative socio-economic opportunities. It was by engineering graduates Ankit Agarwal & Prateek Kumar in July 2017 as an idea due to the topic of cleaning the Ganga was at its peak.

The idea of recycling flowers started when Ankit Agarwal, CEO and co-Founder of PHOOL with his friend, visited the Ghats of River Ganga and realized the danger of temple flowers containing pesticides and insecticides. They planned to meet temple waste management and pitch their idea of recycling flowers. After a year and a half of research, products like incense cones and vermicompost started. So, they decided to add some innovation and help society both environmentally and socially through their startup. The charcoal-less product is quite a rage in the markets of the U.P. which has motivated the founders to spread to other states of India soon.

In mid-2017, PHOOL secured land for its very first production land facility in Kanpur. Phool started a second production facility in Tirupati last year, with additional facilities to serve the religious temple towns of Varanasi, Brindavan, and Puri over the next three years as their target.

The environmental impact of flower cycling and the development of environmental alternatives to Styrofoam and animal leather alternatives is considerable. After deep-tech research, they have also invented an alternative of leather known as “Fleather”, a viable alternative, and was recently awarded PETA’s best innovation the Vegan World. They have also helped a lot of farmer families to sustain themselves during this pandemic by sourcing flower waste directly from the distressed horticulture farmers, bringing them critical income in the toughest of times.

Phool is a brand owned by Kanpur Flowercyling Pvt. Ltd was founded in 2017, till now 11,060 metric tonnes of temple waste is recycled. The company has recently been split into the companies HelpUsGreen and Phool. The core of Phool Co business and dear to the vision of the founder is women empowerment apart from environmental protection. Phool works with the women who worked as manual scavengers, cleaning dry toilets. They are committed to paying them fair wages, providing them with health insurance and retirement benefits. The impact of this can be seen within a few weeks of them working at Phool – from the increase in savings, everyday nutrition, and a life of dignity.

Florafoam is another product that is completely decomposable in the environment after its use and is purely made of flowers. It is an alternative to thermocol which takes years to decompose. Florafoam and the other products are sold online in Amazon stores in India so that this innovation can reach millions and help protect our environment. Due to these innovations and the helping of the lower sectors of the country PHOOL has also been awarded several awards such as The 2018 World Changing Idea, Unilever Young Entrepreneur Award, Spirit of Manufacturing Awards and many more.

Phool.co has raised $1.4 million in pre-Series A funding, led by IAN Fund and San Francisco-based Draper Richards Kaplan Foundation. Other investors in the start-up include Social Alpha, an initiative backed by Tata Trusts and the Government of India. Before this round, Phool.co had raised ₹3.38 crore in a seed round from Social Alpha, DRK Foundation, IIT Kanpur and Balmer Lawrie. This proves that today’s generation, if passionate, can bring a new wave of changes and development to Indian society.