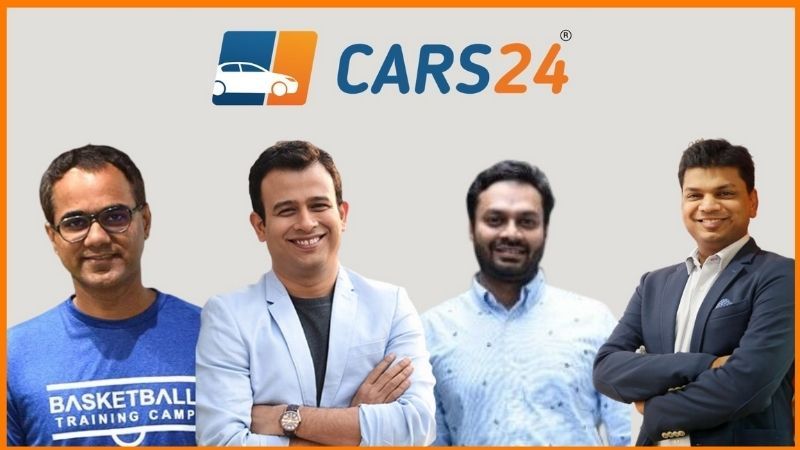 Think of a case where, due to lack of information about the costs and the process to be followed, you are searching for an acceptable offer to sell in your old vehicle, but revert to backing off from the deal before finishing the sale. And when the rates being agreed are well known, the risk of being trapped with a bad deal makes one pause. India’s transit services were completely shut down due to the COVID pandemic as the country resorted to a nationwide lockdown. In recent years, a growing number of individuals have been moving towards purchasing used cars over buying new ones. As the pandemic has had dire economic consequences, buying new vehicles has become a choice that can be resisted, and used cars have increasingly become more preferable. Until these websites facilitated our lives, selling a car used to be a boring job. CARS24 is one such platform where we see Mahendra Singh Dhoni supporting.

Cars24 is a company headquartered in Gurugram that participates in the purchase and sale of used cars. It was founded by Mehul Agrawal, Ruchit Agarwal, and Vikram Chopra in 2015. Before creating the CARS24 concept, the founders realized that the used car market has long been chaotic. They found a tremendous degree of a breach in this industry’s demand and supply. There was an absence of a common method to sell or purchase a used vehicle, and there was still no equipment in the market to be able to calculate an acceptable price for the car.

The creators aimed to introduce technologies to address these challenges and to automate the whole process of buying and selling used vehicles for their customers upon noticing these differences. The pioneers trusted in the opportunity that the used car market gave and believed that their proposal would spark a revolution.

Emerging as a Unicorn

In India, the used car industry is a $20 billion market that rises by 25 percent per year. To organize the vastly unorganized used car industry in India, CARS24 was created. Just 20 lakh new cars were bought, with over 30-35 lakh used cars being sold every year in the country. This simply means that the market for used vehicles is much greater and there is also a high appetite for buyers, but availability is small.

CARS24 is a technology company that, within an hour after a single visit to one of the branches of the platform, promotes the purchasing and selling of used cars. The portal also manages paperwork such as RC transfer, apart from payment, which makes end-to-end transfers. Via its patented auction site, the company offers these vehicles online to companies across India concerned with pre-owned cars. The platform has also forayed into the loan-against-car arena in which car owners can request loans for their cars.

CARS24 is an ISO 9001:2015 accredited company and one of India’s fastest expanding marketplaces for used cars. This company is the first in the industry to adopt a ‘transaction-led solution to the sale of a vehicle by addressing the sale of used vehicles that results in the ‘classifieds’ being interrupted. With this portal, in just less than 2 hours, prospective car owner can sell their car privately with the utmost protection very quickly and get paid instantly.

Although CARS24, on the other hand, has thousands of used car companies that buy these cars online from these potential car owners across India through mobile auctions. Although just 5 years old, this enterprise has become the ‘supply’ side of the group, carrying out over 100,000 transactions a year. The organization currently has over 10,000 channel partners registered on its website and plans to extend the network over the next two years to more than 20,000 partners. As of now, the platform has more than 230 cities across India and more than 210 branches across 70 cities.

A total of $394 million to date has been raised by CARS24. The latest funding on November 24, 2020, has to lead the organization to join the Unicorn Group by raising Series A round funding of $200 million. It was led by DST Global with CARS24’s $1 billion post-money valuations. Mahendra Singh Dhoni had contributed an undisclosed sum and became the company’s brand ambassador and held equity.

CARS24 announced a profit of 1,688 crores INR (US$240 million) for FY 2019. At present, Cars24 claims to make approximately 13,500 transactions a month, with an average order size of INR 3.5 lakh.Cars24 claims to make a 1.5 Lakh car transaction per year and plan 1 million annual transactions by the end of 2021. Leading investors in the platform include Sequoia India, Exor Seeds, Apoletto (DST Global’s billionaire founder Yuri Milner’s investment vehicle), Kingsway Finance, Silicon Valley, and New York-based investment group KCK, a multi-billion US$ fund based in London.

CARS24 dominates the used car ecosystem, which encompasses industries such as financial services and information services, building this empire on its distinctive advantages. CARS24 now has a sea of pleased buyers waiting on the platform’s name, marking itself as a revered name in the used car industry. The network is firmly set on its way to meeting its potential targets, demonstrating a tremendous degree of promise and reach to pave the way in the future for greater development and supremacy.