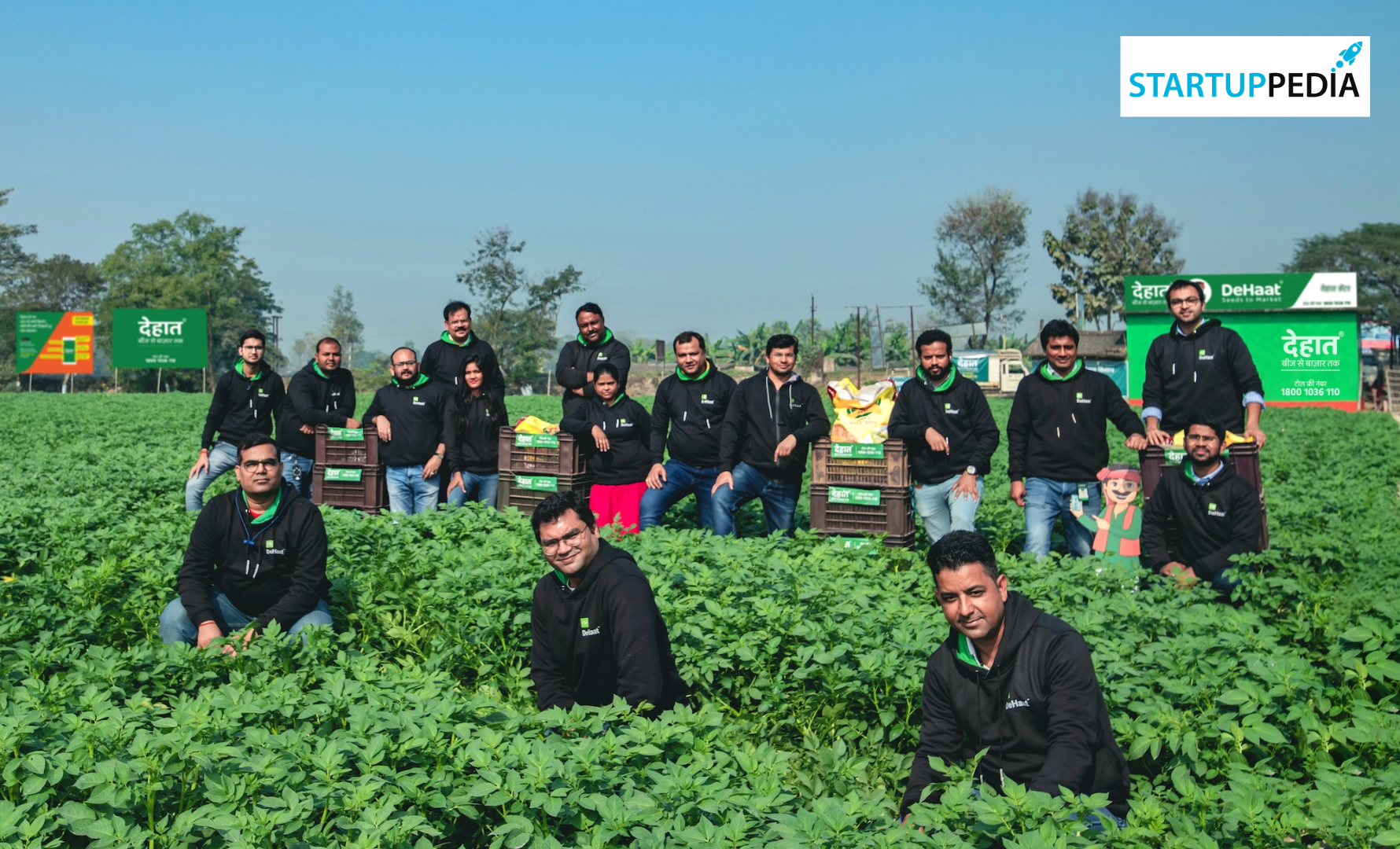 DeHaat, a full-stack agritech platform based in Patna and Gurugram, raises Rs 366.6 crore ($46 million) in funding led by Sofina Ventures.

This is the firm’s second round of funding within a year.

This startup is currently a fully funded startup with a 3–4x yearly growth rate and one of the very few companies that provide end-to-end solutions and services to the farming community in the country.

The startup was founded by Amrendra Singh, Shyam Sundar, Adarsh Srivastav, and Shashank Kumar in 2012.

The founders are from prestigious institutions such as IIT Delhi, IIT Kharagpur, IIM Ahmedabad and other top institutes.

The DeHaat Board has passed a special resolution to issue 2,69,192 Series E preference shares at Rs. 13,620 per share. It was to raise Rs. 366 crore, or $46 million, according to a regulatory filing with the Registrar of Companies.

Sofina Ventures took the lead in the round with an investment of Rs 240 crore, followed by RTP Global Partners, Prosus (Naspers Ventures), and Lightrock India, which each contributed Rs 48 crore, Rs 32 crore, and Rs 46.6 crore, respectively.

Currently, the startup operates in Uttar Pradesh, Bihar, West Bengal, and Odisha with over 350,000 farmers and plans to expand its services to around 5 million farmers by 2024.

The company’s post-money valuation is reportedly approximately $700 million. Sofina and Lightrock India led a $115 million Series D financing in the business in October 2021.

DeHaat has not yet submitted its financial accounts for FY22. However, in FY21, the startup’s operating revenue increased by 186.2% to Rs 358.3 crore. Throughout the fiscal year, the company lost Rs 54.2 crore.