40 YO Lost her Mobility, Later Launched a Fashion Brand and Now Earns in Lakhs 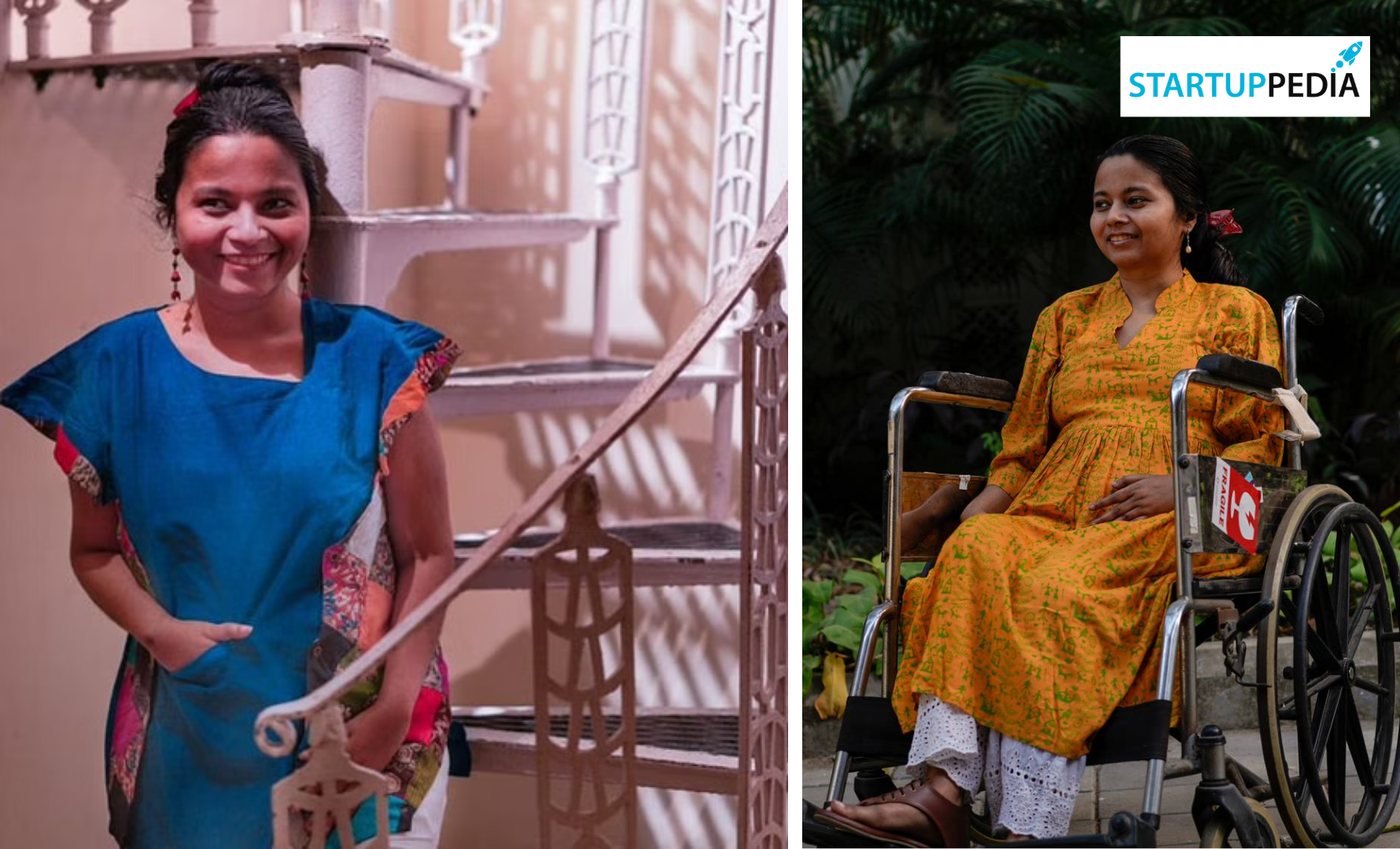 After losing her mobility due to psoriatic arthritis, Soumita Basu of Kolkata founded the textile startup “Zyenika” to provide inclusive and adaptive clothing for the disabled.

“While it’s easier than before to find plus sizes in clothing, it is often difficult for people with disabilities or physical challenges to find something that’s comfortable, fashionable, and affordable, all at the same time,” Soumita says The Better India.

The Story of her Downfall and Rise

Soumita, 40 years old now, lost 80% of her mobility when she was 30 years old since she was diagnosed with psoriatic arthritis, an immune disease. That left her bedridden for almost two years. She needed assistance to even turn to one side.

She says it was hard to adapt to the rapid change as far as her physical and mental health were concerned, especially the lifestyle change.

When she used to move with the help of a wheelchair and crutches, she began to consider the difficulties that disabled people face as time passed.

“When Soumita fell sick, she could no longer wear regular clothing. She had a wardrobe full of them but couldn’t wear them alone, even with my help. All she could manage were nighties,” Soumita’s mother and Zyenika’s operations head Amita says to The Better India. 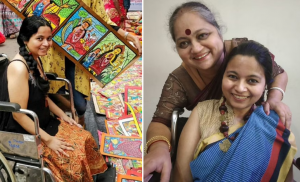 Soumita says she eventually learned to accept and embrace her body despite her mobility issues. This prompted her to consider the need for appropriate clothing that was easy to wear, comfortable and met her needs.

She researched more about the requirements of disabled people as she spoke to several people with physical challenges and understood that only a few brands in the industry offered inclusive clothing for people with special needs.

Soumita was determined to do something big, even with the crucial downsides.

Unfortunately, she did not have enough money to launch the startup. Thus, she borrowed some money from her friend and then approached Prof. Anil Gupta, the head of GIAN (Grassroots Innovations Augmentation Network), Ahmedabad. He had responded to her email and offered to help.

That’s how she launched the startup in January 2020, along with her mother, Amita.

Before taking orders from customers, she spent some time experimenting with designs and fabrics herself.

The woman entrepreneur trained her tailors in the stitching of unique customised designs. “They are used to working in a particular way. It was difficult for them to comprehend the changes I was suggesting initially. So, I had to train them repeatedly, “she said to The Better India.

But the crucial thing they faced was that when Soumita became sick, she and her mother would be unavailable as her mother, who takes care of the operations, would be looking after her.

Soumita, an ex-communications specialist, had nothing to do with the fashion industry, and only her life experience helped her to figure out the needs and suitable designs.

The women’s-focused label also creates clothing for men. Furthermore, they have begun to design clothing for children with special needs.

The products include bend-free pants, a saree that slips on like a dress, a shirt that can be opened at the armhole, and gender-neutral adaptive undergarments for men and women.

Remarkably, the brand allows customers to customise their designs based on their needs.

Zyenika sells clothing for men and women at prices ranging from Rs 950 to Rs 5,000.

Soumita employs nine tailors, including women, people with disabilities, and a few designers.

The venture began with a Rs 21,000 initial investment and, in the initial stage, still managed to make lakhs in revenue.

She is now looking forwards to forming a unit and a team to help Zyenika achieve her goal of making clothing more accessible and inclusive for the disabled.