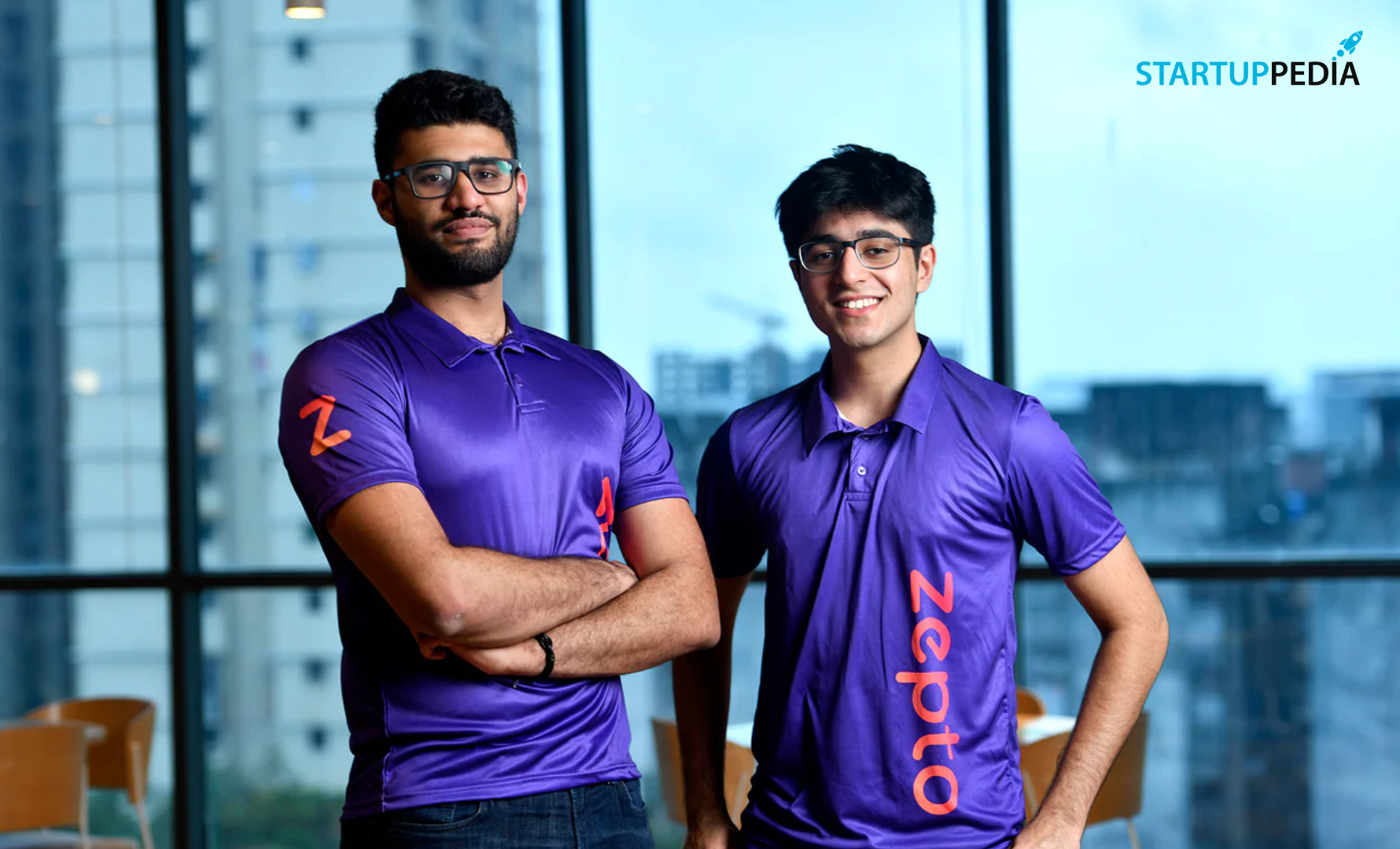 The list includes several startup founders, and the Zepto founder is the youngest among them.

“KiranaKart” turned out to be “Zepto”

The two Stanford dropouts got the idea of launching the startup when they failed to get groceries due to the COVID lockdown.

Zepto gets praise for being an expert at delivering groceries in a short span. In 2021, it produced more than one million deliveries while collaborating with 86+ owners of dark stores in thirteen different locations. Zepto uses its network of “cloud shops” or “micro-warehouses” to complete orders rapidly.

Zepto’s USP (unique selling point) is their ability to consistently produce over 2,500 items for delivery in under 10 minutes. The company’s reason for expanding so swiftly while keeping outstanding client loyalty is because it is the core of all they do.

This Parel-headquartered speedy grocery delivery company has reduced the time it takes to deliver groceries to only 10 minutes owing to the dark store concept. Rapid commerce is reportedly the next opportunity.

Before starting Zepto, these young entrepreneurs had other startup concepts. While Zepto is getting all the limelight, Aadit’s and Kaivalya’s initial business, KiranaKart, did not get the same attention. On the other hand, Zepto draws inspiration from KiranaKart. KiranaKart was a grocery delivery business, as its name suggests.

With Kirana traders, it has made arrangements to deliver groceries in 45 minutes or less. A $730,000 pre-seed investment was led by Global Founders Capital, 2 AM Ventures, Contrary Capital, and angel investors. At the time, Vohra and Palicha intended to charge Rs 1 for the initial 1.5 lakh deliveries.

The following big things in the faster-delivery industry are startups like Zepto in India and Fridge No More in New York City.

With a $1 trillion retail sector where grocery purchases account for the bulk of customer expenditure, e-grocery delivery is gaining popularity in India. The Indian e-grocery market was estimated to be worth $2.9 billion in 2020, and from 2021 to 2028, it is likely to increase by 37.1%.

According to RedSeer research, the fast commerce market expects to rise by 15X to $5 billion in 2025.

Zepto focuses on growing its client base and expanding its team. The startup aims to increase the number of dark stores in additional locations. Presently, the services are available in Bengaluru and the Delhi-national Capital Region, with Hyderabad, Chennai, and Pune, and hopes to have 100 dark businesses open, serving roughly 100 pin codes. A research group says that quick commerce will reach $300 million by the end of this year and grow to $5 billion by 2025.